There are a handful of “wrestling names” in the state that get an automatic affirmative head nod of acknowledgement. Even fewer names have
a family history in the sport and fewer still go back into the 1960s.

Don Buzzard Jr. qualifies on all counts as the Waterloo and Iowa State great has been inducted posthumously and follows his older brother’s
induction into the Iowa Wrestling Hall of Fame in 2012. To throw another ‘wrestling name’ into the mix, add Dan Gable who openly credits much of his success to his ties with the two Buzzard brothers and their dad.

A gifted athlete, Don Buzzard Jr. made an instant impact on the sport as a freshman when he placed second at state at 120 pounds. Following that 11-2 season Buzzard lost only two more matches in high school. As a junior he won the 165 pound state title followed up by a 180 pound title his senior year. Add one more ‘wrestling name’ to this mix as Buzzard wrestled at Waterloo East High School for Dave Natvig (a 1975 IWHOF inductee). Buzzard’s final state title came in 1964 when he was one of
five individual champions for Waterloo East.

Buzzard was also named to the First Team All State football squad and played on East’s second place in the state baseball team.

He followed his brother to Iowa State University where he was the 191 pound NCAA runner-up his sophomore and junior year. As a freshman Buzzard won the 191 pound Midlands championship. Again, add Harold Nichols (1970 IWHOF fame inductee) and Les Anderson (1984 IWHOF inductee) to the ‘wrestling names’ as they were his college coaches.

Buzzard then went into coaching where his 1971 Jesup team captured the District title and followed that up with a third place finish at the state tournament. In 1973-74 he was an assistant coach at the University of Iowa for Dan Gable.

An athlete known for his passion for the sport, Buzzard stressed a willingness to work hard and continual learning of the sport as keys to his success.

Buzzard was inducted in the Hall of Fame in 2019 along with Joe Corso, Jessie Whitmer and Dr. Gary Steffensmeier. 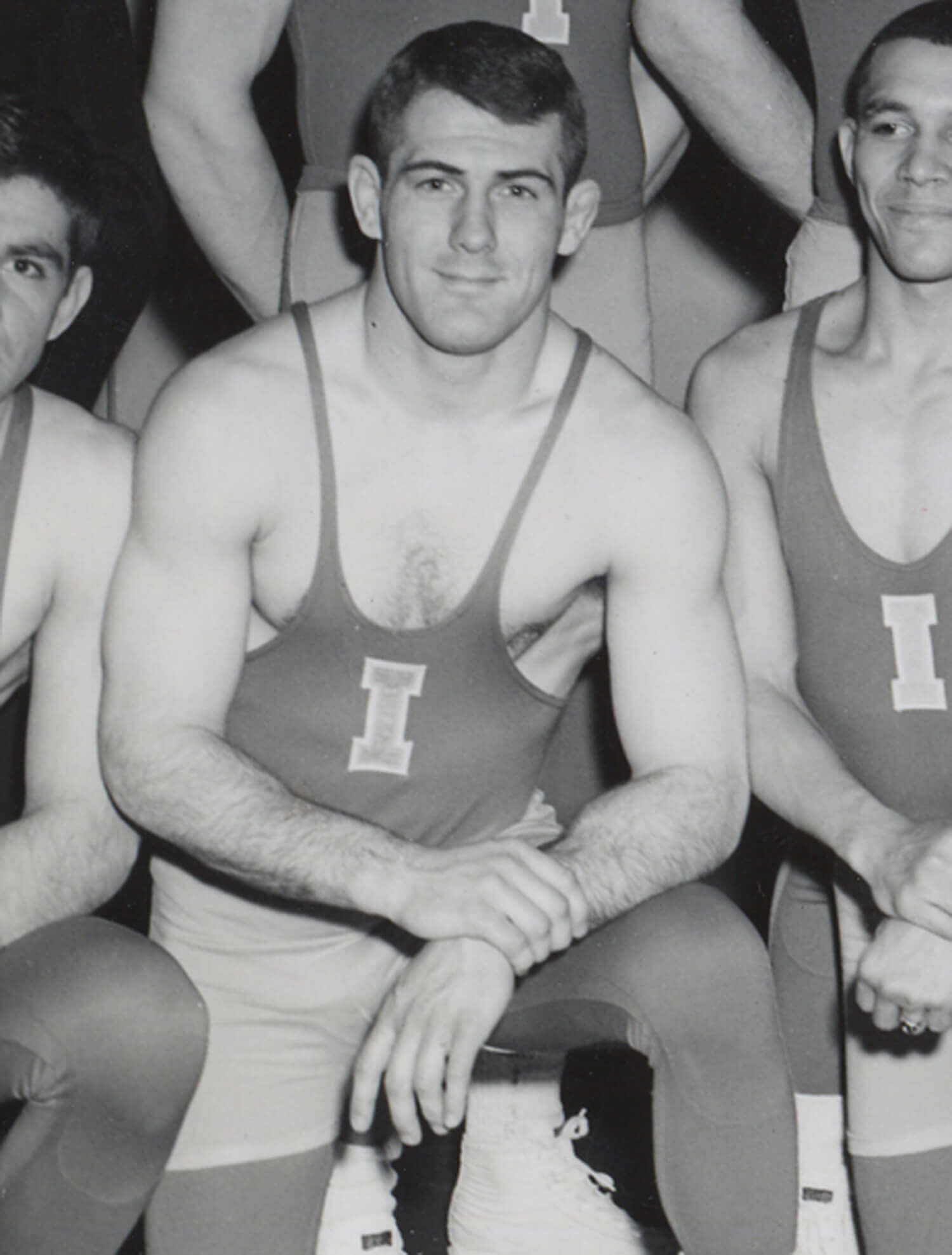