In addition to honoring inductees into the Hall of Fame, the Board of Directors is proud to sponsor an annual Seniors All-Star meet between northeast Iowa wrestlers and southeast Minnesota wrestlers. The annual ‘Border Battle’ in Cresco allows us to promote wrestling while paying tribute to high school wrestlers who excelled during four years of competition. 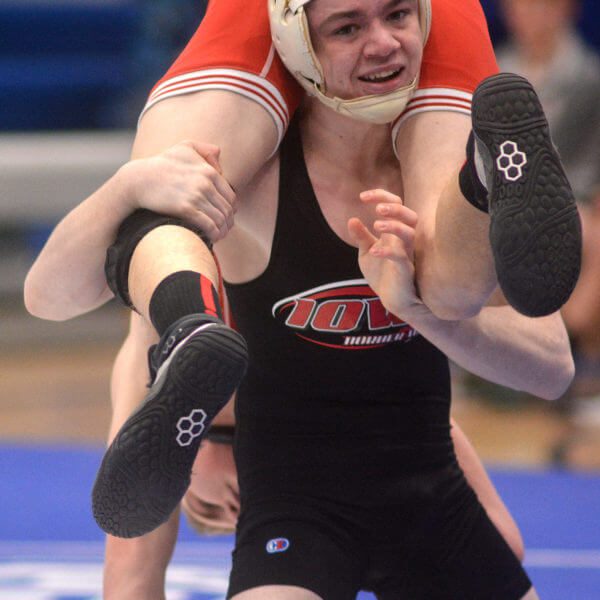 Iowa started strong with the first two matches ending in falls and kept up the pressure until Minnesota turned up the heat late in the Battle.
In the last four matches, Minnesota had two falls by state champion, Colten Krell from Westfield and state qualifier, Owen Pharo from Century to bring the crowd to their feet. With the last match on the line, Iowa’s Isaac Steffans, two time state qualifier from Postville, defeated Ryan Linde from Cannon Falls with a win-by-fall to give Iowa the decisive victory 39-28.

The win for MN tied the series at 9-9. IA won 9 of the 17 bouts, but the falls were the difference for MN. A feature match in bout 14 pitted IA’s Michael Egan against MN’s Carter Marx. Both are 2x state medalists. In a highly competitive match, Marx came out on top, in overtime, 3-2. The match lived up to it’s billing! 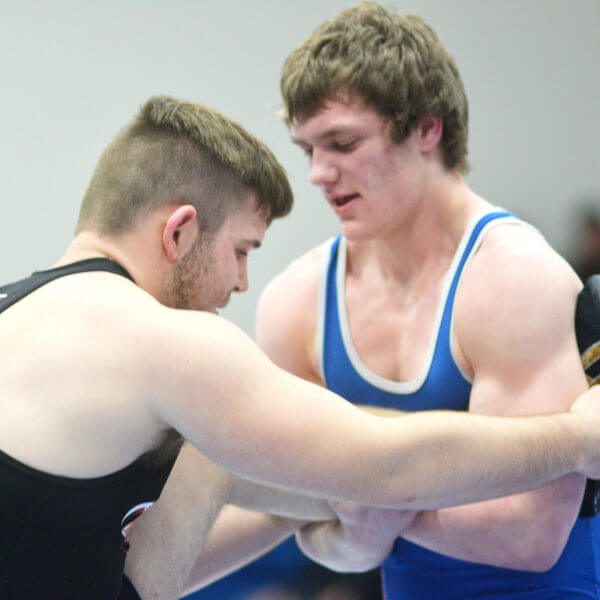 Minnesota emerged victorious in the 16th annual IA – MN Border Battle on Friday March 10th, besting the Iowa team 37-30 in Cresco. The combined rosters of the two teams had made 40 state tournament appearances, winning 22 medals, including 7 golds. That made for some exciting match ups. With the win, Minnesota evened the series 8-8. See attached results. 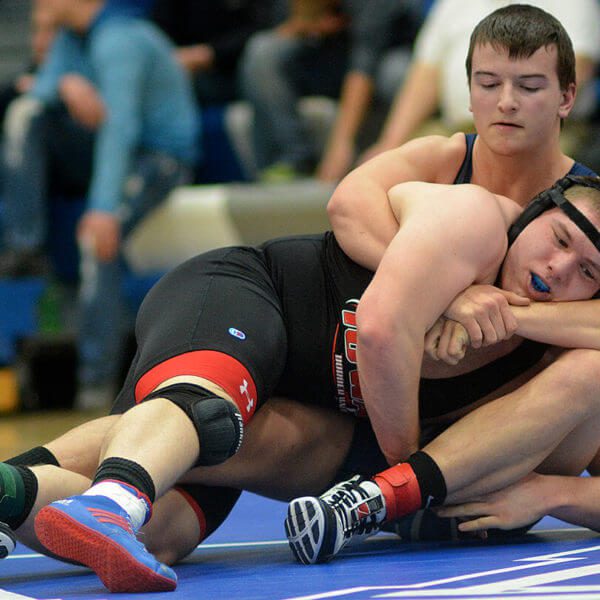 The 15th edition of the Iowa-Minnesota Border Battle saw 5 of the 14 matches decided by 1 point, and 4 more decided by just a couple points. Team Iowa won 9 of the 14 matches, but the event was far from one sided. Iowa jumped out to a 12-0 lead, Minnesota closed to 18-13 but then lost back-to-back 1 point matches. Iowa won 2 of the last 3 to end the team scoring at 31-16. The win for Iowa makes the series score 8-7, in their favor.

The Iowa-Minnesota Border Battle is sponsored by the Iowa Wrestling Hall of Fame, located in Cresco. 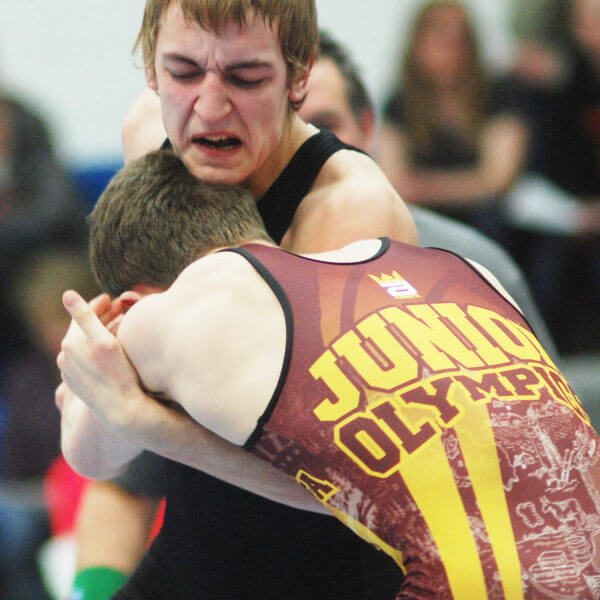 Team Minnesota evened the series at 7-7 in the 14 Annual Border Battle held in Cresco, IA on Friday March 6th. In convincing fashion, the north team defeated the hosts from the south 64-9. The event is sponsored by the Iowa Wrestling Hall of Fame. 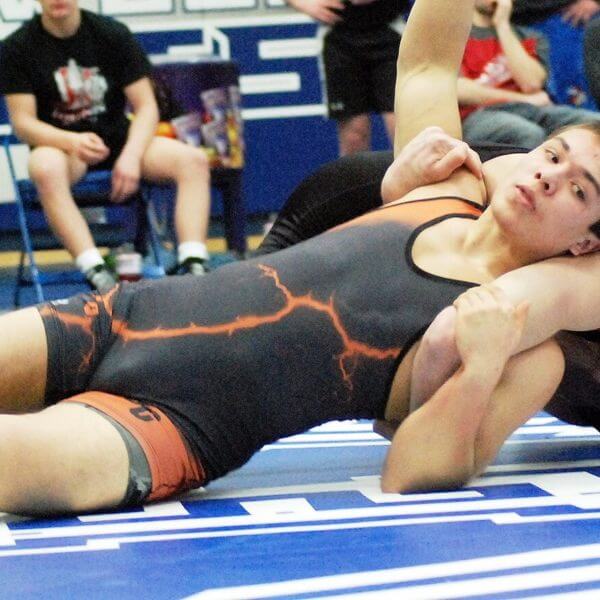 Iowa jumped back ahead in the annual Border Battle series pitting seniors from NE IA and SE MN. The 13th annual wrestling event was held on Friday March 7th in Cresco. IA won the dual 41-32, but the meet wasn’t settled until the final whistle. IA now leads the series 7-6. See the Times Plain Dealer story for complete coverage. 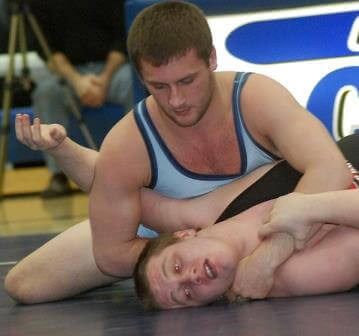 The 12th annual IA-MN Border Battle on Friday March 8th 2013 saw the biggest number of participants in recent years, with equally impressive quality. 18 of the 32 competitors had wrestled in their respective state meet. Each team won 9 matches, but MN won the dual 42-33 on the strength of 5 falls, despite IA winning the last four matches, 2 by fall. 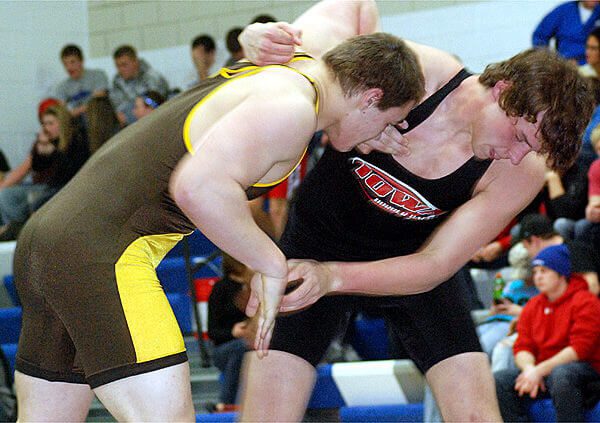 IA won the dual 39-18, no team scoring recorded in the IA-IA matches.

Attendance was a strong 500.