Marv Reiland believes that he has been blessed with a unique perspective when it comes to wrestling.   Reiland was a successful wrestler, a very successful coach as well as being a respected and honored official.

“Dave Harty told me to officiate when he got me my job at Eagle Grove.  He said that would help me be a better coach. I officiated 42 years,  Reiland stated. “Like ABC I knew the thrill of victory and agony of defeat but when I officiated I enjoyed making sure kids got an even shake. Being part of great experience during a match is a joy.”

Reiland has quite a resume, especially in the coaching and officiating categories.   As an athlete Reiland wrestled for Dave Harty at Eagle Grove High School and then at the University of Northern Iowa for Chuck Patten.In high school Reiland lettered all four years and was a state qualifier his senior year. Reiland was a two-time Division II All American and a one-time Division All American for UNI.

With the blessing of his former coach (Harty was hired by the Iowa High School Athletic Association) Reiland returned to his high school and began a 20-year coaching reign. In 20 years the squads went 129-62-5  His Eagles captured three state team titles, one dual meet state title, while also being a state runner-up two times. Reiland coached 71 state qualifiers, 14 state champions and 14 state runners-up.

“I have many special moments to treasure,” Reiland stated of his coaching career. “Coaching my son to two state championships and later watching him win a National Championship at the University of Iowa was great but every wrestler is special and seeing a hard-working kid come off the junior varsity and wrestle at the varsity level, even for just a few meets, is rewarding.”   Reiland then pointed to Mike Morphew and Dave Morgan who both provided the coach with great memories. Morphew was Reiland’s first state champion who was to play football at Iowa State University until a motor cycle accident ended his career. “Morgan was a three-time state champion and he was the underdog in two of them,” Reiland stated.   Reiland was Class AA Coach of the Year in 1982, selected to the IHSAA Wrestling Hall of Fame in 1989 and the recipient of the Lifetime Service Award to Wrestling from the National Wrestling Hall of Fame in 2000.

Even while coaching Reiland took the time (after practices) to officiate. Reiland was selected as Iowa Wrestling Official of the Year and named to the IHSAA Officials Hall of Fame in 2010. He worked 19 state tournaments and 17 years in the state dual meet tournaments.

Reiland was inducted into the Iowa Wrestling Hall of Fame in 2012 along with Gene Doyle, Bob Buzzard and Mark Sindlinger. 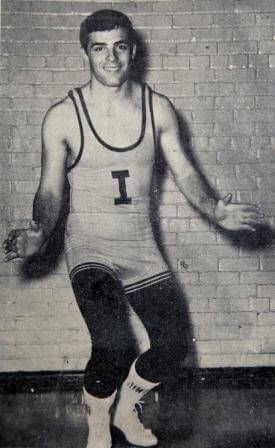 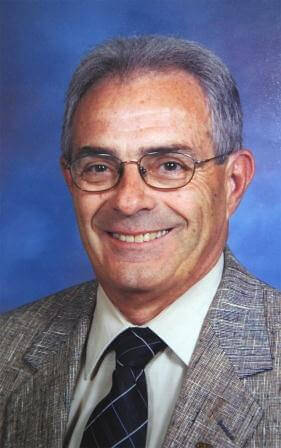