IOWA CITY, Iowa – Gary Kurdelmeier passed away in early October 1998 at the age of just 62.

Unfortunately, I never met him and that’s my loss.

Because without Kurdelmeier’s unselfishness, innovation and vision, the legend of Dan Gable probably wouldn’t have had a Hawkeye connection.

Former Iowa NCAA wrestling champion Chuck Yagla was the guest on the HawkFanatic/KCJJ radio show and podcast on Monday and he talked in great detail about how Kurdelmeier managed to convince Gable to leave his alma mater, Iowa State University, where Gable had become an Olympic Gold Medalist and a living legend, to be an assistant coach under Kurdelmeier at Iowa.

Yagla also talked about how Kurdelmeier almost immediately began paving the way for Gable to succeed him as head coach because Kurdelmeier knew that Gable was special, and that time was fleeting.

Kurdelmeier stepped aside after just four seasons as head coach. He had led Iowa to two NCAA titles with Gable at his side.

Kurdelmeier was only 39 years old during his final season as the head wrestling coach at Iowa. He resigned shortly after the 1976 season to become Iowa’s assistant athletic director.

“He coached four years and then turned it over to coach Gable, and of course, then everybody knows what happened, huge dynasty, won nine consecutive national titles,” Yagla said of Gable’s success at Iowa. “So it was just amazing what he did to get that going; number one, to get coach Gable there, and number two, to realize that coach Gable needed to be the head coach and needed that opportunity.

“So I give a lot credit for turning that over to coach Gable.”

Kurdelmeier, according to Yagla, used a unique and clever sales pitch in trying to entice Gable to join his staff shortly after Gable had won a Gold Medal at the 1972 Olympic Games.

Instead of just hounding Gable to join him, Kurdelmeier reached out to Gable’s family and friends, according to Yagla, and tried to sell them on the idea.

And it worked when Kurdelmeier finally told Gable that he needed an answer.

Yagla also told a story in which Kurdelmeier reportedly sent Gable some tape to wrap his knees and ankles after hearing it was in short supply at Iowa State due to budget restrictions.

He knew that keeping Gable at Iowa would benefit the wrestling program long-term, and was willing to sacrifice his own personal glory to make it happen.

Kurdelmeier didn’t just hand the program over to Gable, he built it into a national power with Gable’s help before stepping aside.

“He was such an innovator and he had such a vision for it,” Yagla said of Kurdelmeier’s approach to coaching. “He’s one of those in my mind looking back, he was way before his time as far as thinking out of the box and doing things differently.”

Kurdelmeier as a wrestler certainly wasn’t anything close to Gable, but Kurdelmeier was accomplished on the mat where he won a national title at Iowa in 1958 under head coach Dave McCuskey after having won two state heavyweight titles in high school.

A person doesn’t achieve that level of success without having an ego, and without being somewhat self-absorbed in the pursuit of individual success.

So the fact that Kurdelmeier was willing to step aside for Gable despite being in the prime of his coaching career speaks volumes about Kurdelmeier’s character.

“Coach Kurdelmeier I think does get lost a little bit, but the people that really know the history and understand it know how much of a factor he was,” Yagla said.

Kurdelmeier realized soon after Gable had joined his staff that Gable was better at training the wrestlers and he gave Gable that responsibility barely a month into their time together.

That was yet another example of Kurdelmeier putting the team before himself, and putting Gable on the fast track to succeeding him as head coach.

Yagla grew up in Waterloo and came to Iowa as a walk-on under Kurdelmeier in 1972. Yagla thrived in the Iowa wrestling environment and would go on to win back-to-back national titles in 1975 and 1976.

He credits both Kurdelmeier and Gable for squeezing every last bit of potential out of his well-conditioned body.

Kurdelmeier joined McCuskey’s staff as an assistant coach in 1967. And then after being promoted to head coach in 1972, Kurdelmeier turned something good into something great in a very short period of time.

He also started to promote wrestling as entertainment and fans quickly took notice. Iowa’s attendance now consistently ranks as the best, or among the best in college wrestling, and Kurdelmeier deserves some credit for that.

Kurdelmeier knew that he had a unique circumstance with Gable on his staff, and he had to act quickly or risk losing him to another school.

You could argue that it’s one of the best decisions and biggest sacrifices made by a member of the Iowa Athletic Department.

Kurdelmeier had to feel tempted to stay on as head coach with the program showing signs of dominance, and yet, he stepped aside for Gable because Kurdelmeier knew that it would benefit the program over time, and he was right.

I knew about Gary Kurdelmeier’s role in helping to build the Iowa wrestling dynasty, and how he had lured Gable away from Iowa State.

But it was nice to be reminded about it because Gary Kurdelmeier deserves to be recognized for his unselfish role in helping to make Dan Gable a coaching legend. 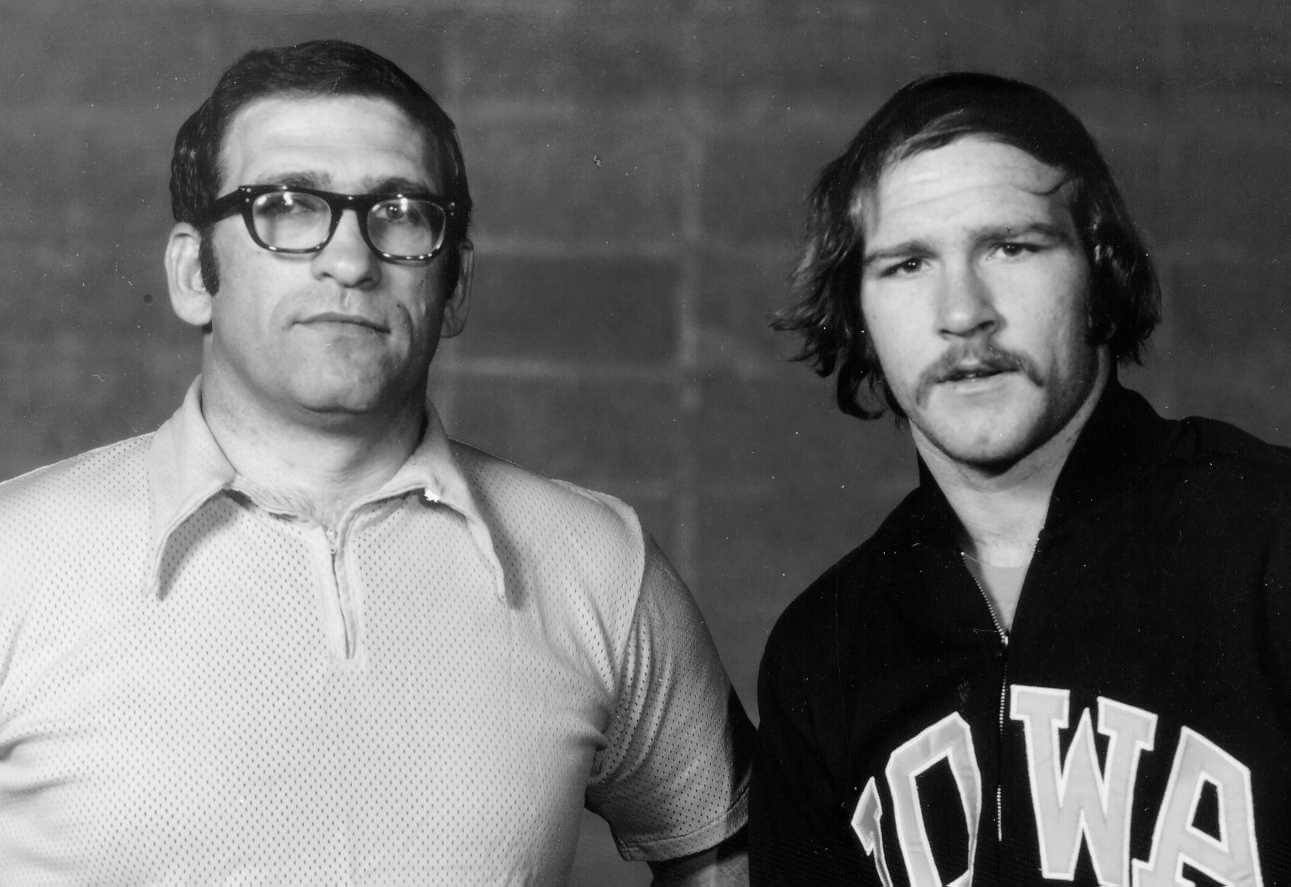