Generally recognized as the greatest amateur wrestler this country has ever produced, Dan Gable graduated from Waterloo West High School in 1966 and received his B.S. degree from Iowa State in 1971. He served as a graduate assistant in the Cyclone physical education department from 1971-1972.

Dan Gable was appointed the University of Iowa head coach in the 1976 off season after serving as an assistant to Gary Kurdelmeier for four years. That coaching tandem turned the Hawkeyes into a national power. The Kurdelmeier-Gable duo recorded a 51-7-5 dual mark, including three Big Ten and two NCAA titles.

Taking over from Kurdelmeier in 1976, Gable compiled an astounding winning percentage of .932 thru 1997, and captured nine consecutive (1978-1986) NCAA Championships.  At the time that equaled the longest streak of national titles won by any school in any sport.  During his tenure, Iowa won 15 NCAA titles and 25 consecutive Big Ten titles, including 4 while he was an assistant and administrator.

During his prep and college wrestling careers, Gable compiled the unbelievable record of 182-1-0. Dan was undefeated in 64 prep matches and was 118-1-0 in three years at Iowa State. He was 181 consecutive matches. The only defeat came in the NCAA finals in his senior year.

Dan won three state titles at Waterloo West and two NCAA titles at Iowa State. He was a three-time All-American and a three-time Big Eight champion for the Cyclones.

Gable earned national fame in 1972 when he won a gold medal at the Summer Olympics. On his way to the gold, Gable never gave up a point to any of his opponents.

After completing his college eligibility, Gable added three titles from the Pan-American Games, the Tbilisi Tournament, and the World Championships. Gable won an unprecedented six Midlands championships and was the meet’s outstanding wrestler five times. 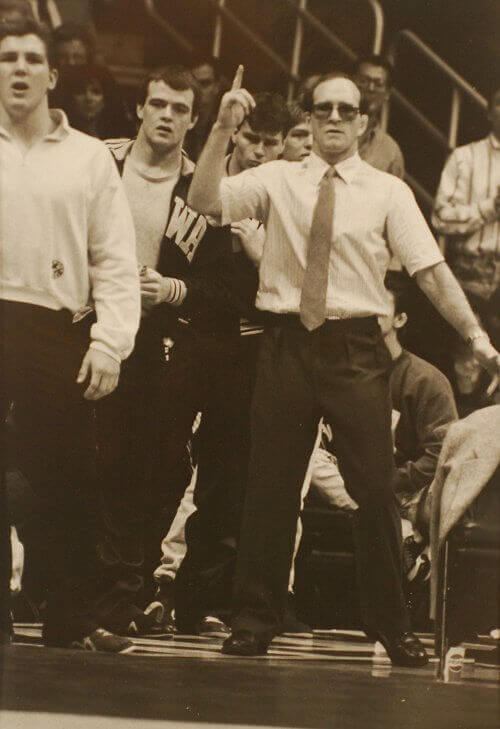 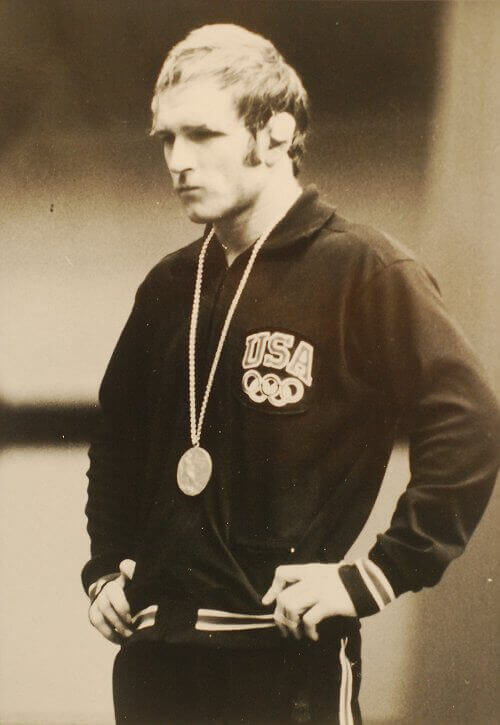