To say that Tim Krieger of Mason City was the dominate force in wrestling in Iowa during the ’80’s would be an understatement of major proportions.

Tim Krieger, a three-time state champion and two-time National Champion, compiled an astonishing 219-9-4 record during his title runs in the 1980’s. This remarkable record only includes wins picked up at either Mason City High or as varsity wrestler at Iowa State, it does not include an equally impressive freestyle career in both high school and college.

Tim distinguished himself right from the start as he placed fourth in the state as freshman in the 112 pound class. After his 20-5-2 start as a freshman, Tim won the 119 pound title as a sophomore with a 28-1 record; a second state title as a junior at 132 pounds with a 28-0 record; and capped off his high school career with a 27-0 mark his senior year at 145 pounds. As a senior Tim pinned his way through the state tournament and was named the Outstanding Wrestler by the Des Moines Register. Tim 103-6-2 in high school, was coached by Jerry Ray.

After a redshirt year at Iowa State Tim was the first wrestler in the history of the NCAA to be seeded first in his weight class all four years of eligibility. As a freshman at 150 pounds Tim  placed fifth and then followed that up with his first NCAA title as a sophomore with an impressive overtime win over Iowa’s Jim Heffernan. As a junior (1988) Tim lost a heartbreaking 1-1, 1-0 overtime decision to North Carolina State’s Scott Turner to finish as the runner-up. After three knee operations (left knee injured during the 1988 NCAA tournament) the summer before his senior season, Tim finished off his career with his second national title while being named the tournament’s most outstanding wrestler. Krieger had three falls and 11-0 major decision on his way to the finals where he beat Karl Monaco of Montclair State 5-0. Monaco’s only two losses on his 44-2 season were against Krieger.

Other major awards earned by Tim include the prestigious 1988-89 Big Eight Conference Athlete of the Year award. Tim was also a four-time All-American and was the second four-time Big Eight champion in Iowa State history.

Perhaps an insight to Krieger’s success and devotion to the sport came after winning his second national title when Krieger said after the match, “I don’t ever think I can be beaten. No matter who I’m wrestling.” His love for the sport shows when he also said “I don’t remember much about the (final) match. When I won, I thought, ‘What is it going to be like when I can’t feel like this anymore.’ ”

Tim was inducted into the Iowa Wrestling Hall of Fame in 2002 and was introduced at the ceremonies by Dave Harty. 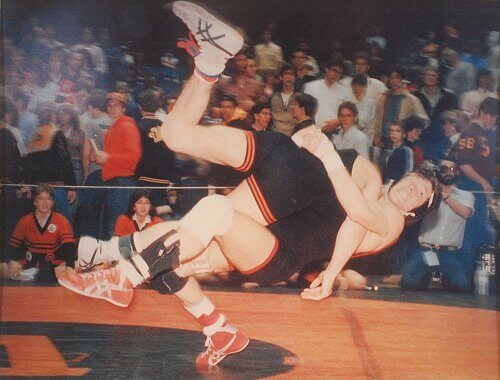 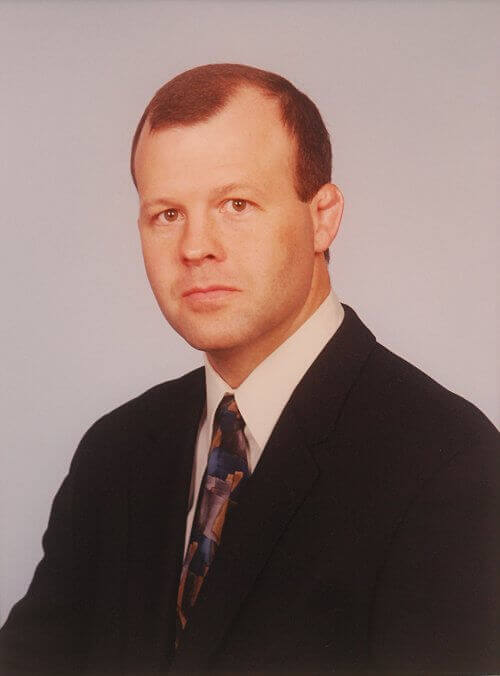