In order to qualify for induction into the Iowa Wrestling Hall of Fame, a person has to make a major contribution in the sport of amateur wrestling as a wrestler, coach or an official. Jim Fox qualifies as a coach and an official.

He was born in Waterloo, was a wrestler and football player at East Waterloo High School and at Iowa State Teachers College, and made his mark as a coach in both sports.

Our inductee started his coaching career at Britt, Iowa in 1946. Not only did he start his coaching career but also started the Britt wrestling program. Britt had limited funds available for their new sport. Their uniforms for their first year were dyed red shirts and long underwear. In 1948, Jim accepted a position of head wrestling coach at Davenport High School, a position he held until 1960. He coached at Central in Davenport from 1960 to 1963.

Jim Fox had an outstanding coaching record at Davenport. His dual meet record was 171 wins, 31 losses and 3 ties. He had two State Championship teams, 1954 and 1956, and four runner-up teams in the State Tournament. He had 14 individual State Champions and 2 NCAA Collegiate Champions. Jim developed some great wrestlers during his years at Davenport and in football, his 1962 team was mythical State Champions while the 1973 and 1976 squads won the State 4A play-offs.

Mr. Fox started officiating wrestling in 1946 and continued doing so until 1979. He has worked in ten State Tournaments. 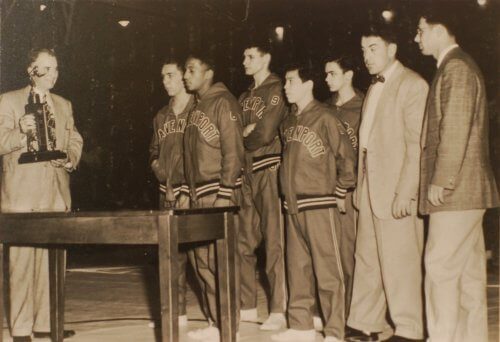 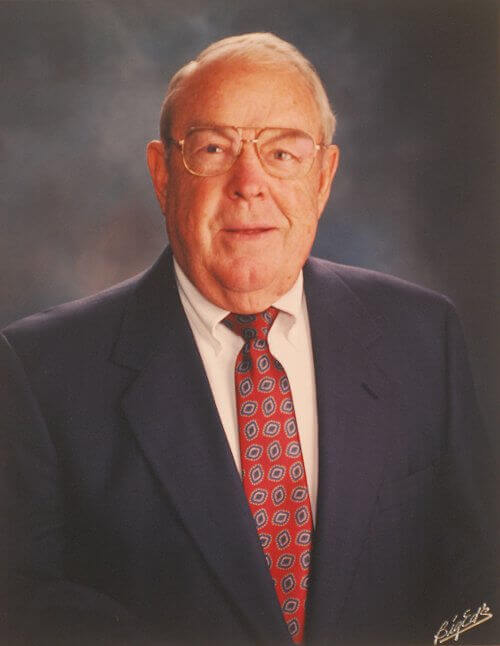