George Gast has surrounded himself with athletic success since being a standout athlete at Osage. After winning a state title at 165 pounds for Osage in 1940, George went on to excel at Iowa State University and then follow that up with a short but outstanding coaching career.

George, along with his brother Dick, led the Osage squad to a team championship in 1940 when both won individual state titles.

George was heavily recruited by Minnesota’s Dave Bartelma but picked Iowa State and coach Hugo Otopalik. Upon the selection Bartelma was quoted as saying “We will beat the pants off you when we wrestle.” George proved the legendary coach wrong Feb. 7, 1942 when he won by a fall in front of 1,500 fans.

George noted he was nearly moved from the 175 pound match to the heavyweight class for that meet. Gast expressed some relief in not having to wrestle Butch Levy, a 300 pound football guard, for the Gophers.

George went on to win the Big Six wrestling title in 1943. In 1942 George came down with the mumps and did not compete in the NCAA tournament. There was no NCAA tournament in 1943 or 1944. George was the captain of the 1944 ISU squad.

In addition to being an outstanding wrestler, George was also a letter winner at Iowa State in football and track and in 1943 was the NCAA champion in the javelin throw.

After college George taught and coached at Osage from 1944-1948. While either the assistant coach or head coach at Osage the teams were state runner-up three times while placing fourth the other year.

George was inducted into the Iowa Wrestling Hall of Fame in 2002 and was introduced at the ceremonies by Keith Young. 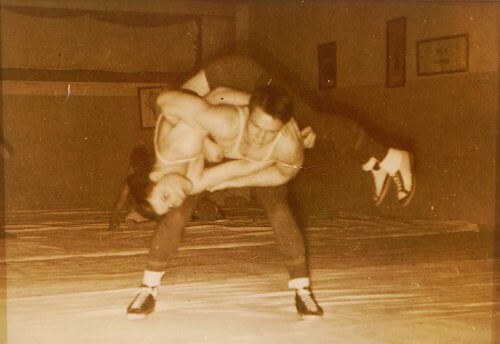 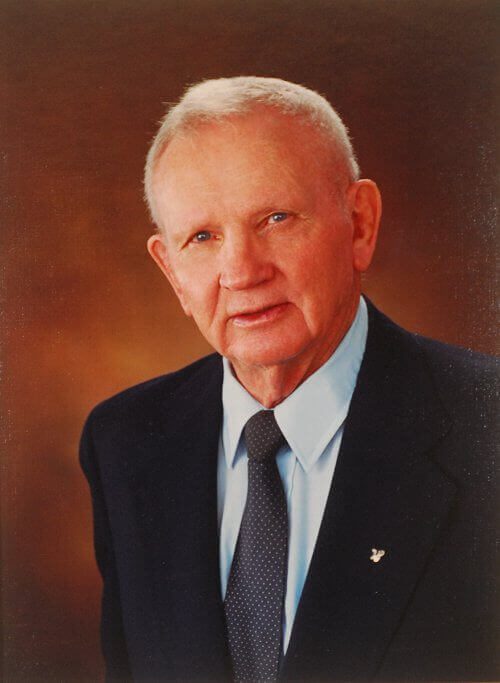