“I was just a freshman having fun wrestling. Then at Vets Al Baxter sat me down and went through the qualifiers and what I had to do with each one. When he finished he told me there was no reason I shouldn’t win the title… that’s when the lightbulb went on (in my head),” recalls Scott Morningstar on the first of his four state championship titles.

The dominating wrestler helped establish the groundwork for a new era in Lisbon wrestling that continues today. It is a rich history that includes names like Baxter, Brad Smith, Royce Alger and Scott’s son Ryan, as well as a long list of other state titlists and place winners.

“I grew up in the right place at the right time,” Scott Morningstar said as he reflected on his wrestling career. “I didn’t come from a wrestling family. My mom was a teacher and I met Al Baxter after school while waiting for her,” Scott recalls. He noted Doug Englert sowed Lisbon wrestlers that could win state titles.

Morningstar was so dominant that he lost only one match in high school while wrestling to a draw in another. “Paul Kramer beat me on a referee’s decision my sophomore year…he was a two-time state champion, a runner up and a fourth place finisher,” Morningstar recalled. The draw came his junior year to a Durant wrestler who was noted for a neck wrench. “I was up 8-4 with four take-downs and I went in for a take-down and found myself fighting for my life. I fought off my back and then got an escape for the tie. Sometimes you learn more from your mistakes.”

He then went on to wrestle for UNI where he qualified for the nationals his senior year. “When I was in high school I could pretty much ride anyone. In college I wished I could have done more things on my feet,” he recalls as he noted he wrestled three of four years injured. “I still way that a national titlists may not be the best wrestler, but might be the one who isn’t injured.”

Changes in wrestling Morningstar has witnessed includes the conditioning of today’s wrestlers. He noted wrestlers now work on strengthening the large core muscles, the big body muscles. The importance of being strong from the feet is also more important now that options in the second and third period have changed.

Morningstar cites his four coaches in high school and college as big influences. He noted differences in the coaches and said Brad Smith was a great technician and that Chuck Patten a great talker and philosopher.

Morningstar was inducted into the Iowa Wrestling Hall of Fame in 2008 along with Mark Schwab, Greg Randall and Kevin Evans. 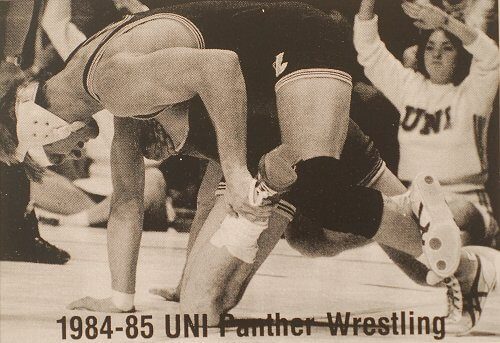 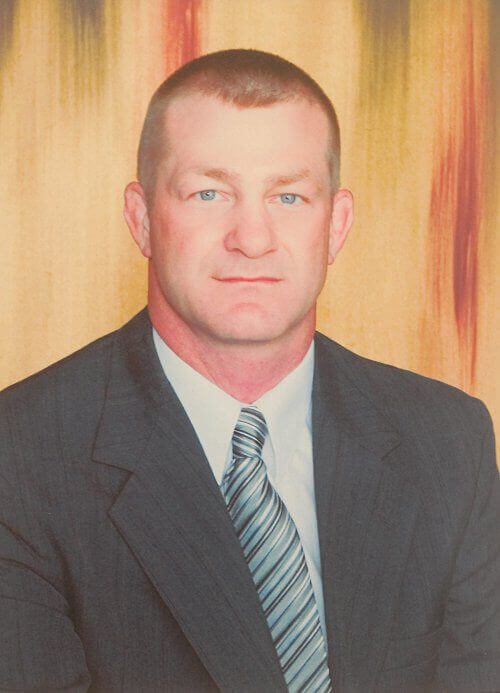