Very few wrestlers in modern history have accomplished as much as Mark Ironside did during his tenure at the University of Iowa, but honors and titles don’t tell the entire story. Mark Ironside’s very aggressive wrestling style meant that he didn’t just win for the Hawkeyes, he dominated his opponents.

A quick look at records at Iowa during the time had Ironside leading the Hawkeyes in most falls the last three years of competition with 14, 13 and 9.  His senior year Ironside scored team bonus points in 28 of his 35 matches and had an 18-7 major decision to the second ranked wrestler in the nation at the NWCA All-Star Dual meet.

“I was very fortunate in that Tom and Terry Brands had just graduated and were training to compete in the Olympics,” Ironside recalls. “Tom took me under his wing and ended up almost being my personal coach.”

While the titles are impressive, Mark admits he is most proud of the way he competed in college. “I competed and trained hard…gave it everything I could. I never drank or did drugs or anything like that…I don’t have any regrets to look back on.”

As a Hawkeye Ironside was the Big Ten champion at 134 pounds as a red-shirt freshman while placing sixth in the nation with a 27-8 record. The following year (1996) he defended his Big Ten title and placed third in the nation with a 35-2 record. As a junior Ironside was the national title holder at 134 pounds with a 30-0 record. His senior year Ironside wrestled at 141 pounds and won his fourth Big Ten title and second NCAA title with a 35-0 record. He received the Dan Hodge Award (considered the Heisman Trophy of wrestling) his senior year. Ironside was 127-10 in college and ended his collegiate career with a 67-match winning streak that spanned three seasons.

Ironside also had a successful high school career as he placed third at 125 pounds as a sophomore with a 32-3 record followed by two state championships for Cedar Rapids Jefferson. Ironside won the 130 pound title in 1992 with a 32-1-1 record and followed that up with a title at 135 pounds with a 41-1 record. 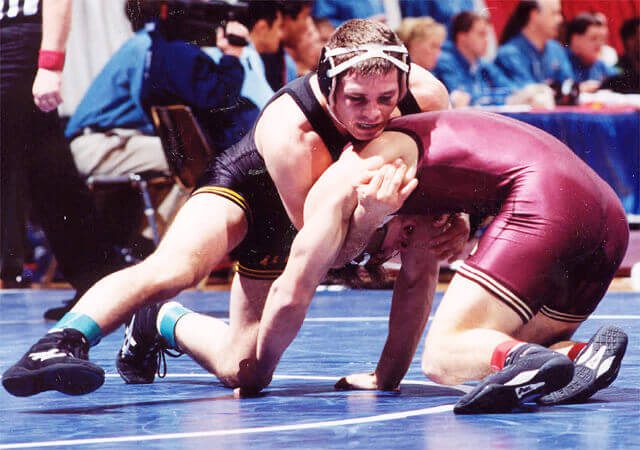 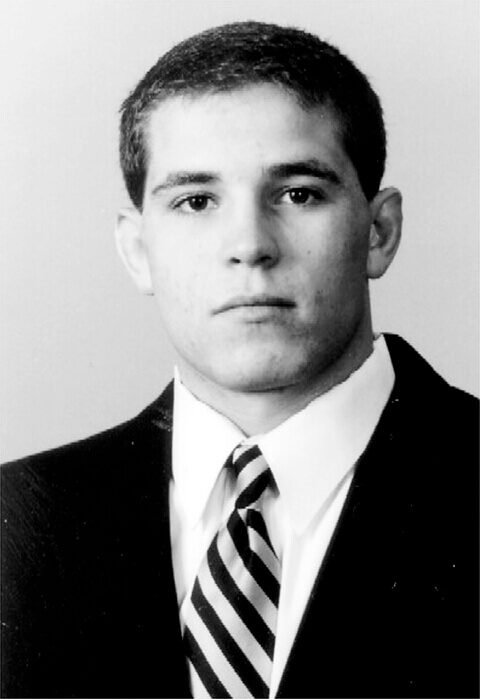