Tom Brands, like his twin brother Terry, began his wrestling career in Sheldon where he compiled an impressive 109-12 high school record that included a state championship in 1986 when he went 34-0. While at Sheldon, Tom also set a record for most take-downs in a season with 158 in 1986 as well as most points with 477 the same year. Tom also shares a school record with his brother for near falls in a single season with 32.

An intense competitor, Tom Brands wrestled under the leadership of coach Dan Gable at the University of Iowa. Tom became one of the most dominate wrestlers in Iowa history with a record of 158-7-2 including 46 falls. With an undefeated season in 1991 at 45-0, Tom was a four-time All-American, three-time NCAA Champion, three-time Big Ten Conference Champion, and Outstanding Wrestler at the 1992 NCAA Tournament.

Tom is now the assistant wrestling coach at the University of Iowa and was named NWCA Assistant Coach of the Year in 2000 after the Hawkeyes won their sixth straight national championship.

Tom was inducted in the National Wrestling Hall of Fame in headquartered in Stillwater, Oklahoma. In 2010, it began operating the Dan Gable Museum in Waterloo, Iowa.

Tom was inducted into the Iowa Wrestling Hall of Fame in 2001 and, along with his twin brother Terry, was introduced at the ceremonies by Dan Gable. 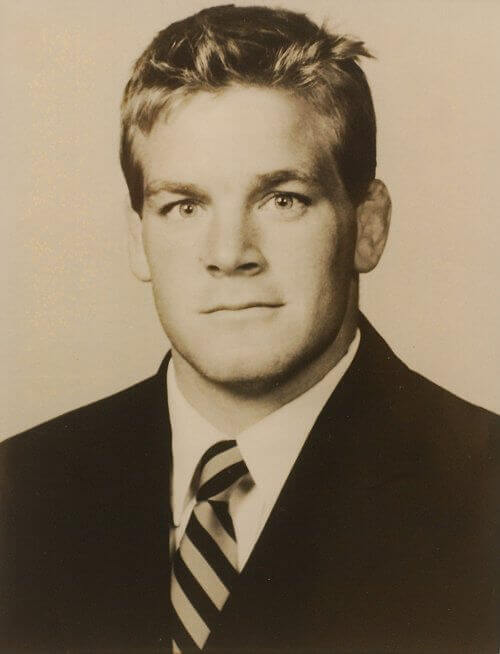