Barry Davis attended Prairie High School in Cedar Rapids, Iowa, where his interest in wrestling was fueled by his coach, Jim Kimbell. The Prairie wrestling room had some outstanding talent in the late 70’s and early 80’s. Jim Zalesky was there along with Barry Davis. Zalesky and Davis went on to become 3 Time Division 1 NCAA Champions. It was here where our inductee embarked upon a twelve year career of High School, College, National and International Competition.

There were no surprises when Barry enrolled at Iowa and joined forces with Dan Gable’s wrestling program. He continued his winning ways by compiling a 162-9-1 record at Iowa with 3 NCAA Championships; 4 Time All-American, and 4 time Big Ten Champion.

Barry Davis wrestled on the International scene while at Iowa. He was a 1983 Pan-American Champion; 3 time World Team Member winning a Bronze Medal in 1986 and a Silver Medal in 1987. 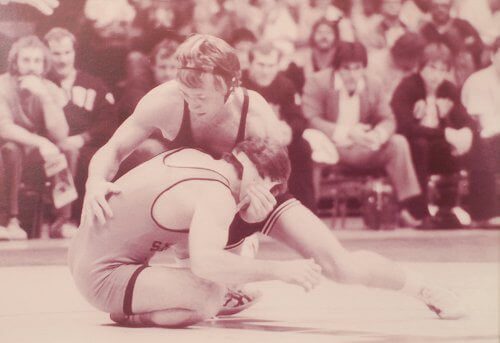 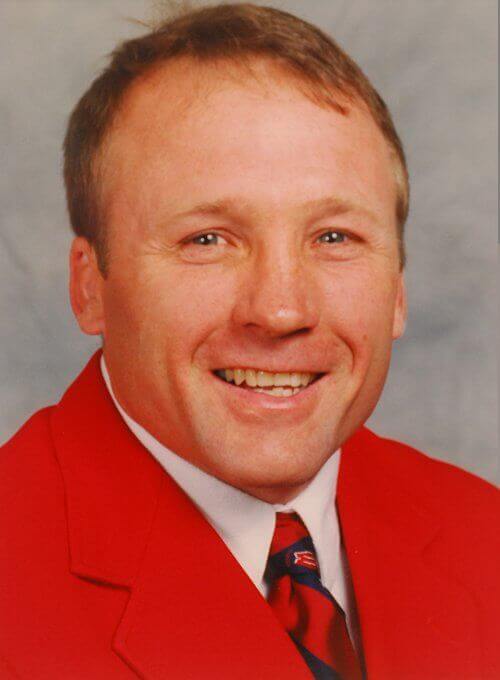