Despite being a “late bloomer” Mike Mccready quickly distinguished himself as a champion wrestler and a top-notch collegiate coach whose career was cut far too short by a fatal heart attack in 1999.

McCready did not start wrestling at Dubuque Senior High until his junior year but quickly rose up the ranks in wrestling as he placed fifth in state his senior year.

It was at the University of Northern Iowa that McCready began to make a name for himself as he became a three-time All American. In 1972 Mike won the Division II National Championship and then followed that up with a third place finish in the Division I field (his only loss coming in the semi-finals to Iowa State’s Chris Taylor). Not a “one-sport athlete”, McCready also won a national shot put title and is still the only two-sport All American at UNI.

McCready excelled in Freestyle and Greco Roman wrestling as he captured 15 national championships. In 1975 he was a Pan Am Games gold medalist while winning silver in 1973, ’75 and ’76 World Cups. He also won the Olympic Trials in 1976 only to have an injury in the championship match keep him from competing.

“Mike earned everything he got,” stated former teammate Jim Miller. “He had an unbelievable work ethic.” Miller also noted that McCready was an assistant coach at UNI in 1974, the last year the Panthers beat Iowa.

Family ties brought Mike back to Iowa in 1985 when he took the head coaching position at Upper Iowa University in Fayette. Described as the “Dean of Iowa Wrestling Coaches” by a contemporary, Mike went on to coach 17 All American while compiling a 252-237-6 dual meet record in the tough Iowa Conference. Four of his wrestlers went on to win national titles with four other wrestlers being named scholastic All-Americans.

He also had two masters degrees and was a thesis away from getting his doctorate degree from Iowa.

Described as a very straight-forward individual when dealing with wrestlers, Miller noted “he was there for them…not just for the wrestling.” Mike’s wife Julie said, “Mike would tell you each and every wrestler was notable. He cared about each one and to a lot of them he was the only ‘Dad’ they ever knew.”

Mike was inducted into the Iowa Wrestling Hall of Fame in 2005 along with Bob Steenlage, Royce Alger, and Dick Black. 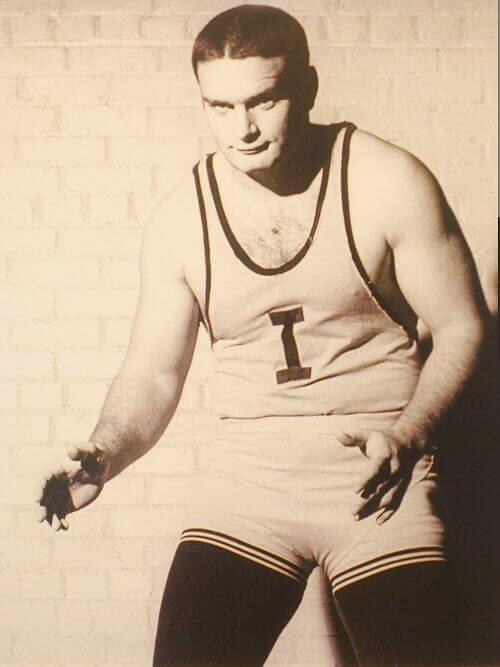 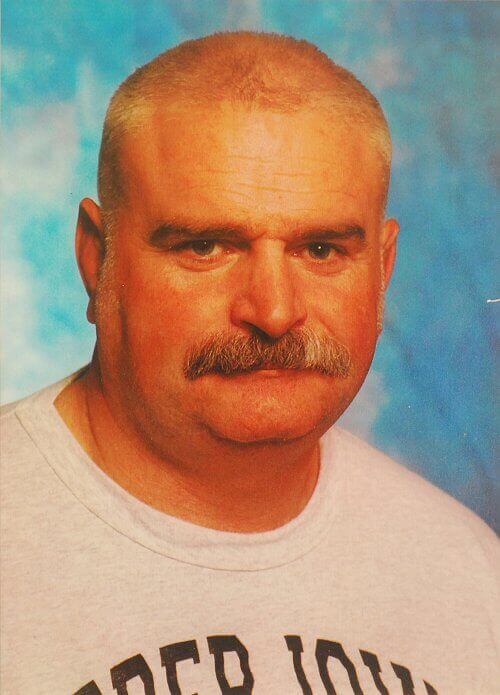