Mark Schwab was a no-nonsense wrestler who excelled in taking control of a match early and then dominating. That determined mind set continues even today as a wrestling coach.

The entire state of Iowa took notice of Schwab in 1985 as he became the sixth wrestler in the history of the sport to win four state titles. The Osage wrestler lost just one match in his high school career and that was by a point his freshman year.

“It was all about where I grew up,” Schwab said as he talks about his success. “It had a lot to do with the atmosphere there. My brother brought me into the sport with the success he had and then Billy Andrew just developed me.”

The mind set Schwab ascribed to was quite simple. “We worked hard, wrestled smart, put in our time and then when it was time we’d just take care of business,” Schwab recalled.

Another strength Schwab appreciated after years of reflection involves attitude. “A lot of strength came from within…an inner drive to succeed. Maybe this was God-given, but I had a great work ethic and loved competing. The fire was always burning and I took advantage of it,” Schwab recalls.

The atmosphere, mind set and competitive drive resulted in going 106-1 while in high school and being named a first team All-American, wrestling on the Junior World National team and winning four Junior National Championships.

Success followed Schwab to college as he placed sixth in the nation as a freshman at 118 pounds for the University of Northern Iowa. His career sadly was cut short when he developed a staph infection following a knee surgery that spring. Eight additional surgeries followed. However, while still tring to compete Schwab placed sixth in the nation at 118 pounds in 1990. He also placed third in the Tblissia Tournament in Russia and third at the World Cup.

Schwab noted he never felt any pressure while in high school, but that changed in college. “Any pressure I felt came from myself,” he recalled. “I learned how to think in college and probably should have let some of those thoughts go…that and the fire burning I always had wasn’t there later on.”

Schwab was inducted into the Iowa Wrestling Hall of Fame in 2008 along with Scott Morningstar, Greg Randall and Kevin Evans. 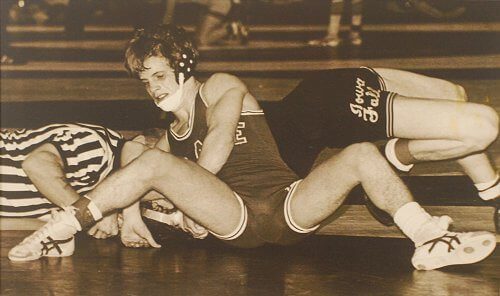 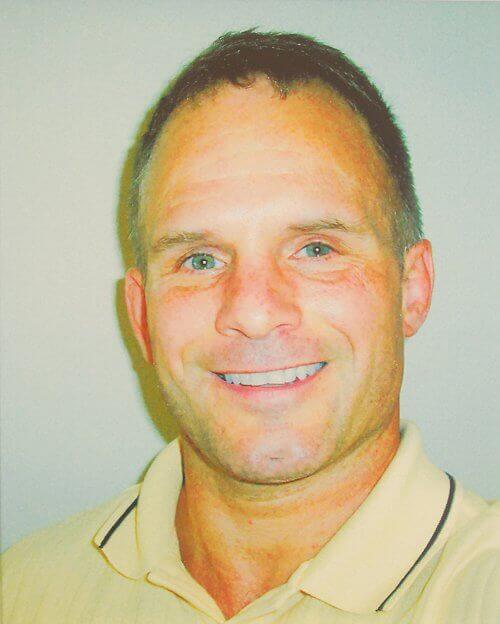