Lowell Lange is one of the few men who have won three NCAA championships. If it were not for an untimely automobile accident, it is extremely probable that he would have been a four time NCAA champion and a member of the 1948 Olympic team.

Lowell was born at Dixon, Iowa, but moved to Waterloo at an early age. He attended Waterloo West High and competed in three sports from 1943 to 1946. He was a two-time state champion wrestler, an all-state football player, and a state qualifier in track.

Lowell Lange attended Cornell College in Mt. Vernon, Iowa, from 1947 through 1950 and wrestled under Paul Scott. He was a member of Paul Scott’s Cornell College 1947 NCAA championship team. Our inductee accomplished a feat in 1949 worthy of mentioning: he won the NCAA tournament without being scored upon. His college wrestling record was 169 wins and 1 loss.

Lowell was instrumental in reviving the varsity wrestling program at Georgia Tech. He was named head coach at Georgia Tech in 1964. In 1966, his Georgia Tech team defeated Auburn in the SEIWA tournament, handing Arnold “Swede” Umbach his first conference loss in over 20 years. Despite an extremely small budget and with very little monetary reimbursement for his services, Lange has kept wrestling alive at Georgia Tech while holding down another full-time job.

Lowell Lange was inducted into the Iowa Wrestling Hall of Fame in 1979. 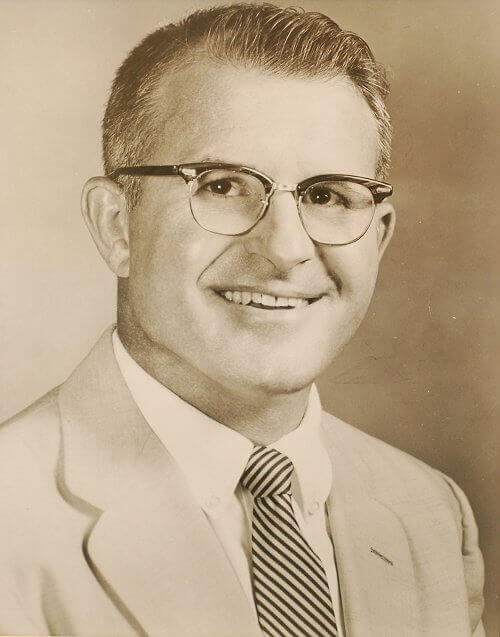