After having two brothers who wrestled before him, Justin Greenlee simply states. “I always was just a wrestler.” That background served the Waverly-Shell Rock native well as he went on to win state, national and international titles through a long wrestling career.

One of the brother combinations included his older brother Joel who was his assistant coach at the University of Northern Iowa when Justin became at two-time NCAA finalist. Both Joel and Justin Greenlee were inducted into the Iowa Wrestling Hall of Fame in 2017, becoming the sixth family to have brothers honored in the HOF.

“I didn’t start wrestling seriously until I joined the West Waterloo Wrestling Club in 7th grade,” Justin recalls. “Joel was almost six years ahead of me and I saw that if you were willing to put in the effort you could wrestle with confidence and just continue to improve.”

Justin attended the University of Northern Iowa where he was a three-time Division I All-American. He reached the NCAA tournament finals at heavyweight as a junior in 1994 and again as a senior in 1995 after finishing eighth as a sophomore in 1993. He is one of 13 three-time Division I All-Americans in program history, and ranks third all-time in career victories (129) and second in career falls (57). During his time at UNI, Greenlee was active in freestyle wrestling winning gold in the Espoir National Championship (1991), the Pan American Games (1993), University National Championships (1994 and 1995), and the US Olympic Festival (1993 and 1994).

Justin then went to Iowa State University to study veterinary medicine but during that time was on the US National Freestyle team for three years. Justin’s studies then took priority over wrestling. Justin earned a Doctor of Veterinary Medicine degree in 1999 and a PhD in veterinary pathology. Greenlee is a research veterinary pathologist for the US Department of Agriculture in the Virus and Prion Research Unit at the National Animal Disease Center in Ames.”I just realized I couldn’t be great at both,” he explained.

Looking back at his career Justin has few regrets noting that he was a better freestyle wrestler than folkstyle. His most memorable match was in the semi-finals at the 1995 NCAA tournament. There Justin avenged the loss in the championship match from the previous year. The rewards of that match came on many levels Justin said. In short he met one of his goals for the year, and impressed to see his brother was even more excited by the win than him. The win over Penn State’s Kerry McCoy was also key in Iowa winning the national championship. It also broke McCoy’s 88 match win streak. “It was at the Iowa Fieldhouse and aside from the 200 some Penn State fans, I was a friend to everyone else there,” he stated.

Justin hasn’t totally walked away from wrestling. He assisted at Iowa State University for years and currently assists on the high school level in Ames.

Justin was inducted into the Iowa Wrestling Hall of Fame in 2017 along with his brother Joel, Sandy Stevens, and Mike Mann. 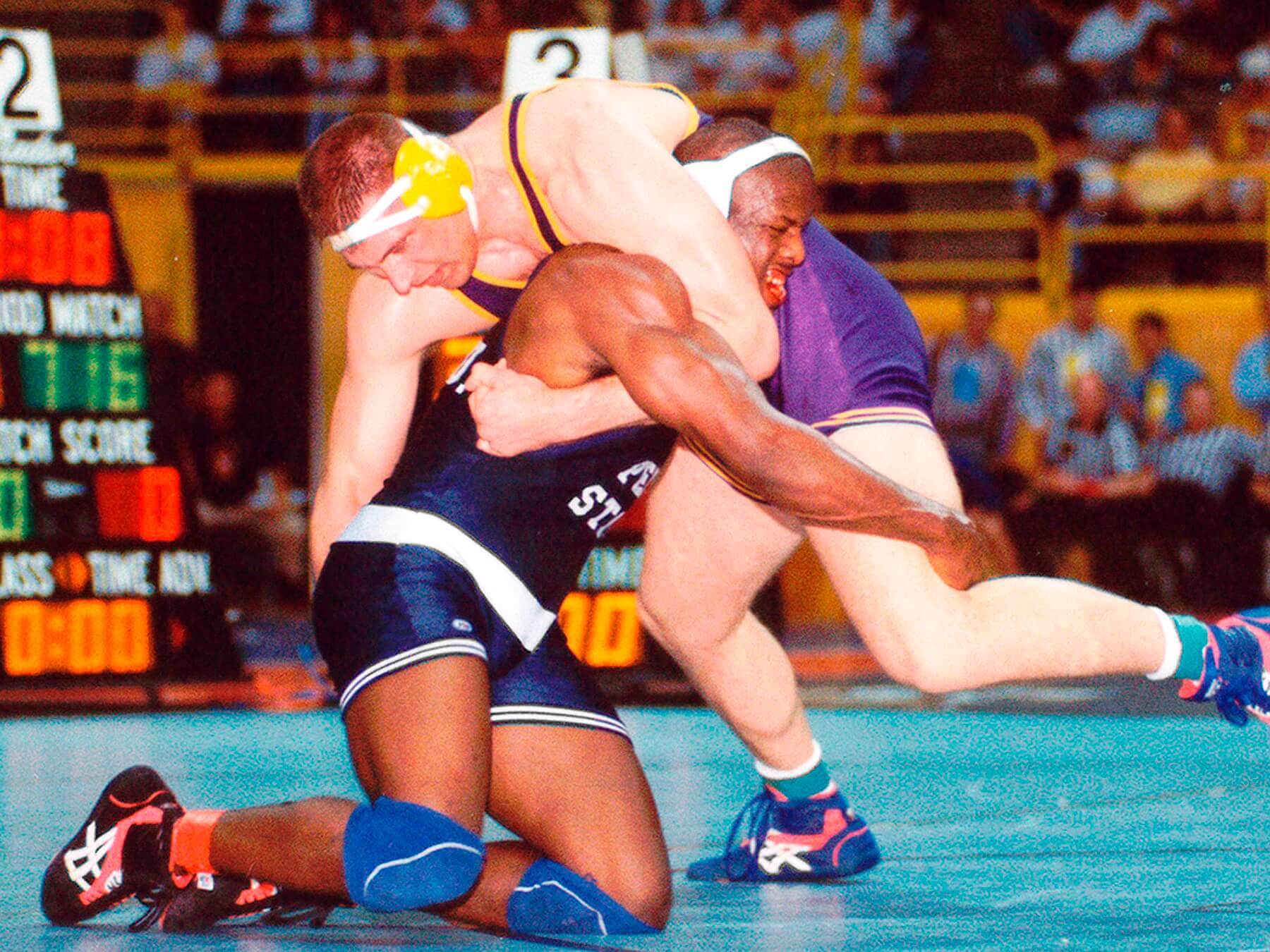 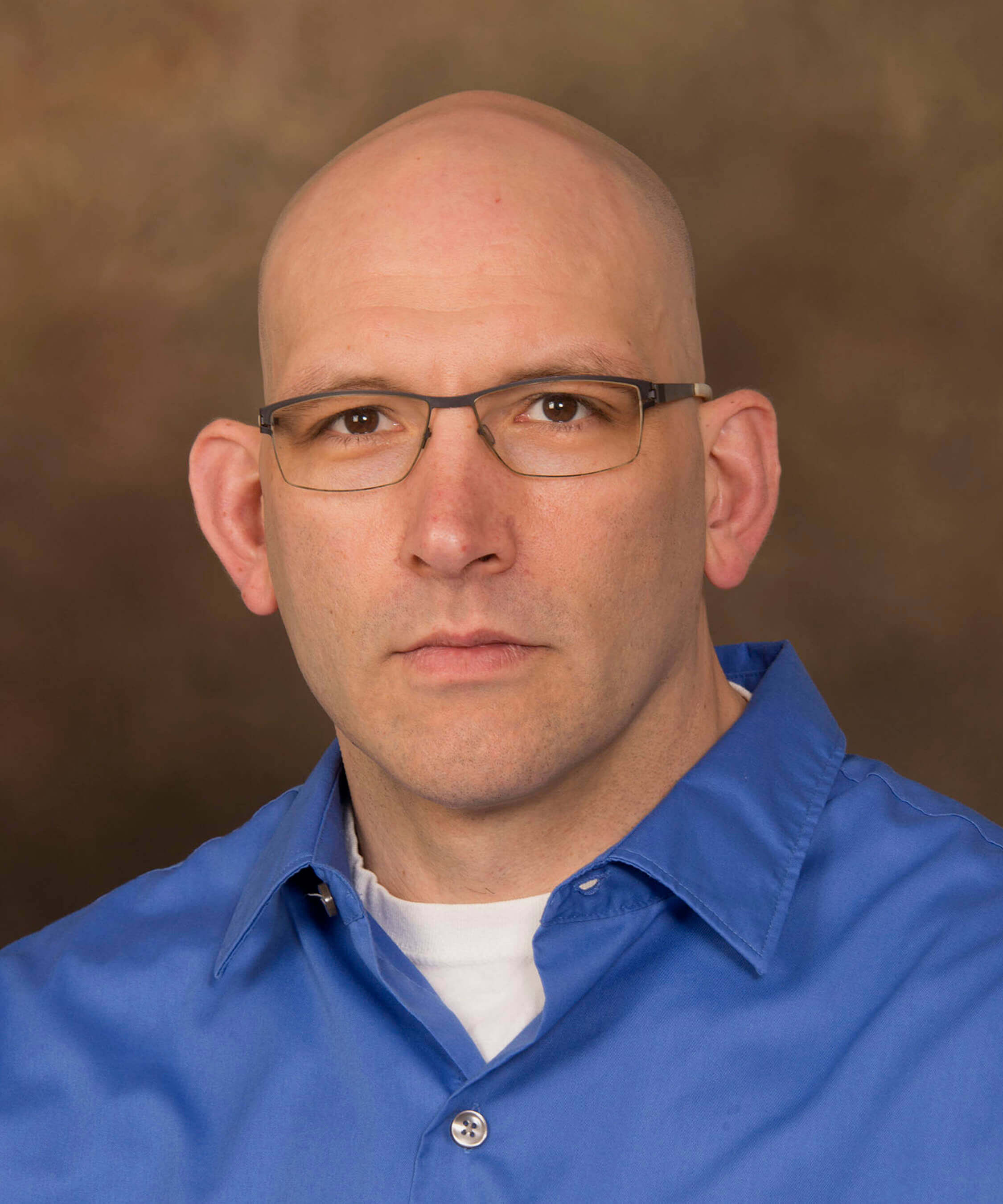