As wrestling has evolved so has Joel Greenlee. At age 51 Greenlee has seen his very successful wrestling career turn into a successful college coaching career that spans well over 20 years.

Greenlee’s wrestling career started at Waverly-Shell Rock where he won a state title at 185 pounds in 1984 when he went 27-0. Greenlee placed fifth at the state tournament at the same weight as a sophomore and as a junior was also a state qualifier.

Greenlee went on to wrestle heavyweight at the University of Northern Iowa. He was a two-time All-American, finishing second in 1989 and fourth in 1988. In 1989, Greenlee was champion at the prestigious Midlands Tournament and Midwest Championships and was named the Outstanding Wrestler at both meets. Greenlee still holds the highest winning percentage in school history with a 127-16-4 (.878) career record.

Greenlee has also enjoyed success at the international level. He won the Cerra Pelado Tournament in Cuba in 1993 and the Cuban All-Star Tournament in 1992. He placed third three times at the World Team Trials.

Greenlee describes himself as a ‘grinder’, enjoying the hard work, the weight lifting, the running and all the sport demands.

Greenlee then became an assistant coach at UNI before being hired at Ohio. Greenlee is in his 20th season as head coach of the Ohio wrestling team with a career mark of 206-143-5 which ranks 15th among NCAA coaches in dual victories. Greenlee’s accomplishments during his first season at Ohio earned him the NWCA National Assistant-Coach-of-the-Year award in 1998. His 1997-98 team finished ninth at the NCAA Tournament – the Bobcats’ best finish since 1973 – and won the regular-season MAC title with a 5-0 record in the conference.

In 2002, Greenlee guided the Bobcats to their 15th MAC Tournament title. While in 2001, he was named the MAC Coach of the Year. In 2016, Ohio sent a program best seven wrestlers to the NCAA Championships.Greenlee has coached seven All-Americans in his time at Ohio.

Wrestler transitioned to coach has Greenlee looking past just wins and losses. “You’d love win to everything. But in the end I hope to help shape our wrestlers into successful individuals who were concerned with academics and just being a good person,” Greenlee said.

Another difference between wrestling and coaching involves control. “A coach can get a wrestler ready to wrestle but a coach can’t control other aspects of college life. The girls, the school requirements, family pressures and social life’s,” he explained.

The veteran coach is quick to point out that the quality of wrestling has never been better. “Technically the guys are so good these days. They wrestle 50-60 matches a season before college, they’re competing on a much higher level than ever before”

With Greenlee’s career nowhere near ending he says he has few regrets and as far a college wrestling goes, “I do it all over again if I could.”

Joel was inducted into the Hall of Fame in 2017 along with his brother Justin, Mike Mann and Sandy Stevens. 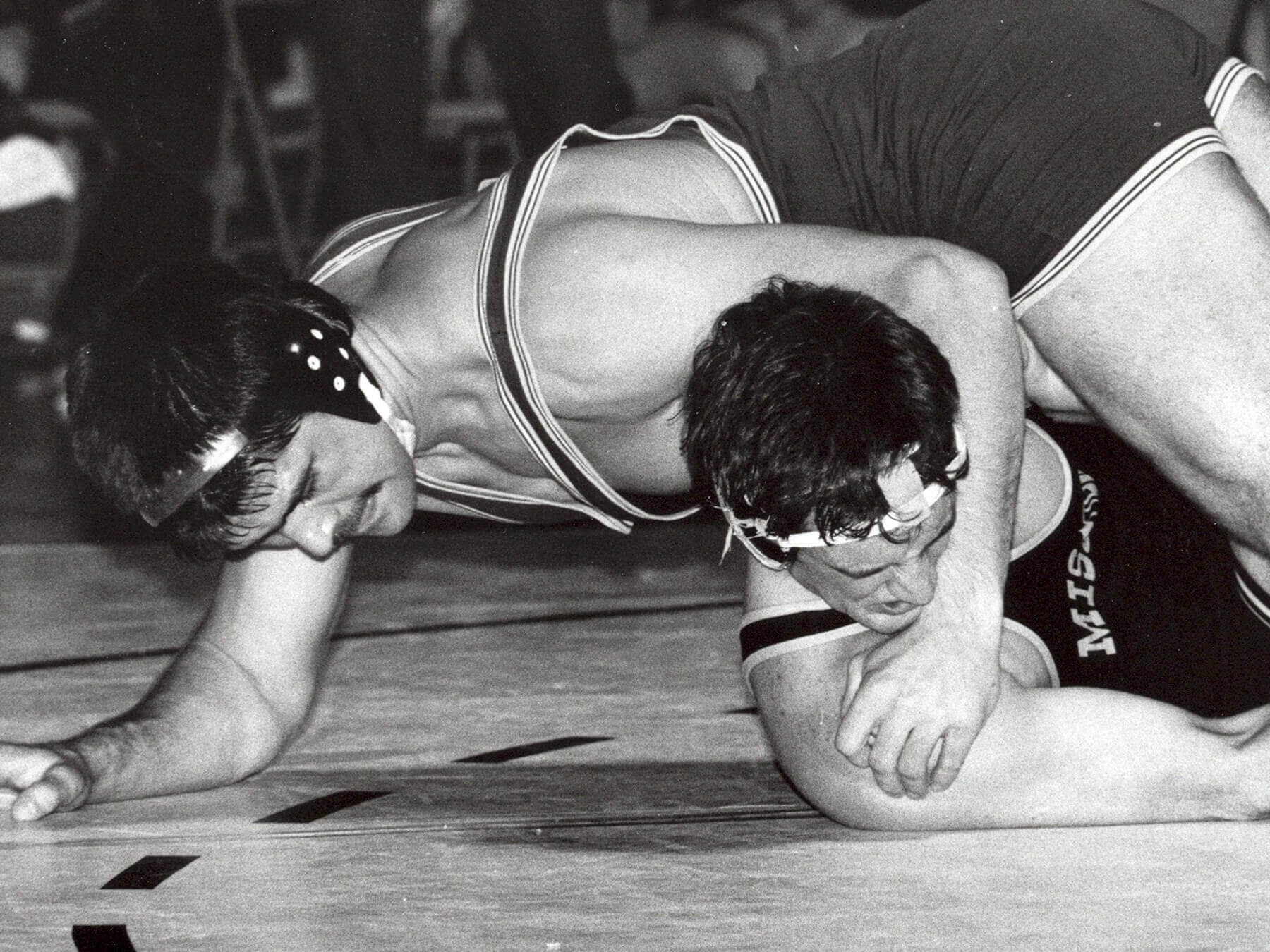 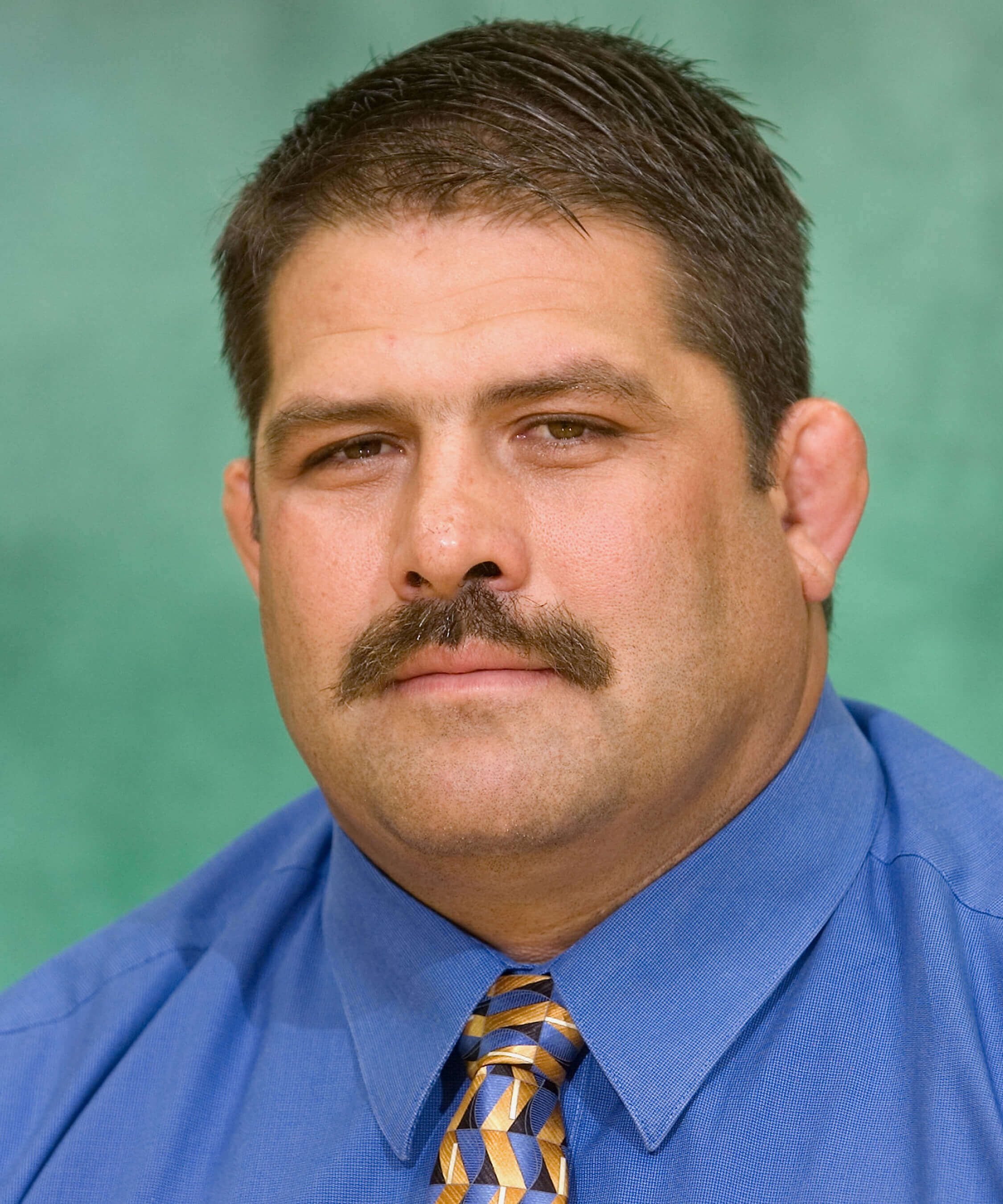