Jeff Kerber was the trailblazing wrestler of his time. The Emmetsburg wrestler’s mark on today’s wrestling greats is still felt as he showed everyone what it took to be the best.

“Wrestling has changed a lot through the years,” Kerber noted. “Four-time state champions are much more common now but back when I wrestled there had only been one before me and that had been 15-20 years earlier.”

Jeff credits his success to his father who he said made certain Jeff had all the opportunities needed to become a dominate wrestler. “When I was in third grade I went to Camp McNeal and that was a time when champs were hard to find,” he continued.

The turning point to his career came when Kerber and his father went to a tournament in Harlan, Iowa as a sixth grader. After having won a title the year before, Jeff recalls getting to Harlan only to see a bus from Oklahoma there. “It was the Tulsa All-State team and they came in and dominated. If they had three guys in a weight they place first, second and third. The next few years I went to camps in Oklahoma.”

After wrestling 30-50 matches a year from third grade through eighth grade the progression to high school was smooth. “I never felt any pressure in high school. When I was in eighth grade my brother took third in state at 98 pounds and I could beat him,” Jeff stated. The rest, as is said, is history.

Things changed some for Jeff when he wrestled at the University of Iowa. Despite being a three-time All American and a three-time Big Ten title holder, he looks back at his collegiate career with thoughts of what could have been. “I had a lot of disappointment in college. Pressure consumed me in college. I could wrestle lights  out in the room but I didn’t handle things well when I really needed to. I wish I had been a Christian back then,” he recalled. Kerber went 102-27 while in college.

Perhaps because of the number of matches wrestled through the years, Jeff has a tough time coming up with memorable opponents. “Everyone in the Iowa room was tough. Randy Lewis gave me the most trouble, though, he was so unorthodox in his style,” Jeff recalled.

Jeff was inducted into the Iowa Wrestling Hall of Fame in 2007 along with Mike Land, Bruce Kinseth and Sherwyn Thorson. 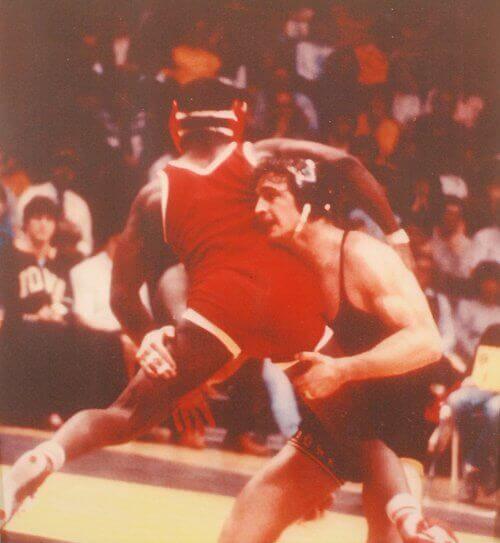 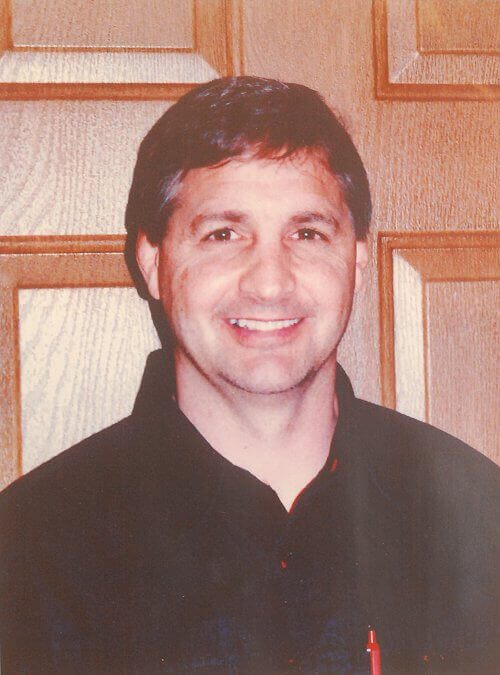