To the casual observer it would be easy to say that Eric Voelker was a “late bloomer”. But the two-time NCAA champion from Iowa State showed his potential as a high schooler in summer freestyle tournaments rather than winter folk-style.

The Dallas Center-Grimes wrestler was a two-time state high school qualifier and placed third at 185 pounds as a senior. However Voelker was a two-time State Freestyle champion. Teammates must have also seen his potential as he was a captain for four years with the team winning the 1984 Class A state championship.

“Looking back, I can say that the underlying thing that attracted me to wrestling was the competition. I love everything about it…the workouts, learning the techniques, working out, learning how to set goals and achieve them and learning how to push myself and the others around me to grow and develop…to win,” Voelker said.

Voelker noted he started wrestling as a fourth grader at the Mason City YMCA when he and his brother had a choice of learning boxing or wrestling. “We were both scared of getting hit in the face so we both wrestled…and we both were terrified of what we were getting into.” Voelker also noted the Herb Krieger, the father of Tim Krieger was their first coach and that Tim Krieger and Eric’s paths crossed when they became teammates at Iowa State. Both ended up as two-time NCAA champions for the Cyclones.

“Dad was my biggest influence. He got me into it and taught me how to get through it. He taught me how to set goals and make commitments. My whole family gave me tremendous support. We still go to a lot of wrestling events together and have a lot of fun,” Voelker continued.

Progressing to the national championship was a work in progress most of his career as Voekler started out practicing once a week and going to two or three kids tournaments a year, to training year around at Iowa State. In high school he was named the high school’s most dedicated wrestler twice and that is when he began setting goals for state championships and wrestling in college.

“In college I really learned how to train and focus mentally…I continued to grow physically and mentally,” he recalled.

Voelker won his first NCAA championship in 1987 when he beat Minnesota’s Dave Dean in the finals 4-3 to average his only two losses of the season. As a junior Voelker was upset early in the NCAA tournament and came back with five straight wins to place third. Voelker won the 190 pound title his senior year by beating Northwestern’s Mike Whitehead 7-2 after winning overtime matches in the quarterfinal and semifinal rounds.

Eric Voelker was inducted into the hall of fame in 2009 along with David and Paul Martin and Pete Bush. 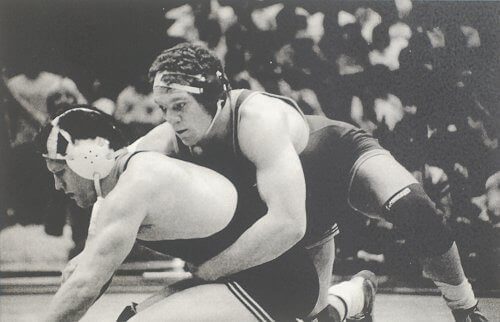 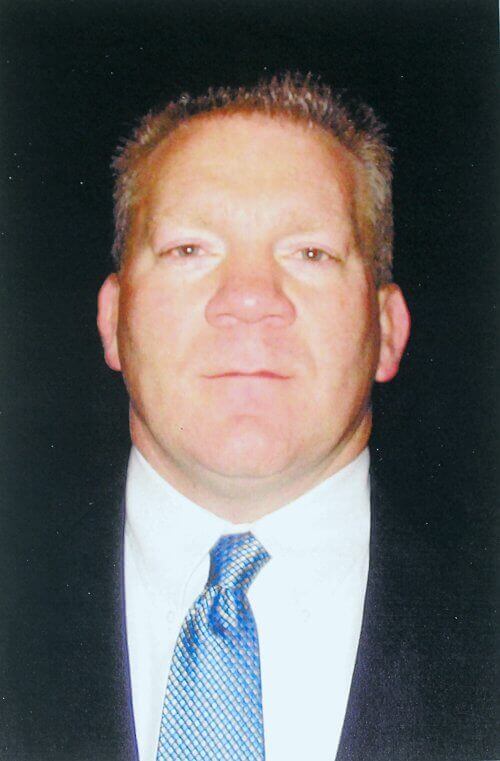