Dale Hanson, our 1980 inductee, was a native of Cresco, Iowa. He was better known as “PeeWee”- a name he picked up as a freshman in high school in 1932. He enrolled in the wrestling program but was too small to compete even in the 85 pound class. He lost a few matches as a sophomore but that was the last time he ever lost in duel meet competition.

Dave Bartelma was the wrestling coach at Cresco High School and had an outstanding record in that capacity prior to PeeWee’s arrival and joining the program. Dale did have the unique experience of having an outstanding award winning coach in high school and in college and in both cases it was Dave Bartelma.

PeeWee enrolled at the University of Minnesota in the fall on 1935. Dave Bartelma became the head wrestling coach at Minnesota that same fall. Dave was outspoken in his praise of PeeWee’s wrestling ability-after all, he witnessed his winning two Iowa State Wrestling Championships.

At the University of Minnesota, PeeWee was undefeated in three years of duel meet competition compiling a total of 43 consecutive duel meet wins and a Division 1 NCAA Championship.  Hanson was awarded Most Outstanding Wrestler in the NCAA Championships of 1939 and went on to be an Olympic team qualifier. An excerpt from a newspaper interview with Bartelma, his face glowing with pride, stated: “Dale Hanson, pound for pound, was the greatest wrestler, amateur or professional, in mat annuls. He weighed only 128 pounds at his peak but he was stronger than most heavyweights. He was the absolute master of wrestling techniques and the greatest competitor I have even known.”

Dale enlisted in the Air Force in the second semester of his senior year and became a First Lieutenant. He was at Pearl Harbor on December 7, 1941, and participated in the Battle of Midway in June of 1942. He lost his life in October 1942. He was a co-pilot of a B-17 that went down in a battle over Rabaul, New Britain. He was 24 years old.

Dale Hanson was inducted into the Iowa Wrestling Hall of Fame in 1980. 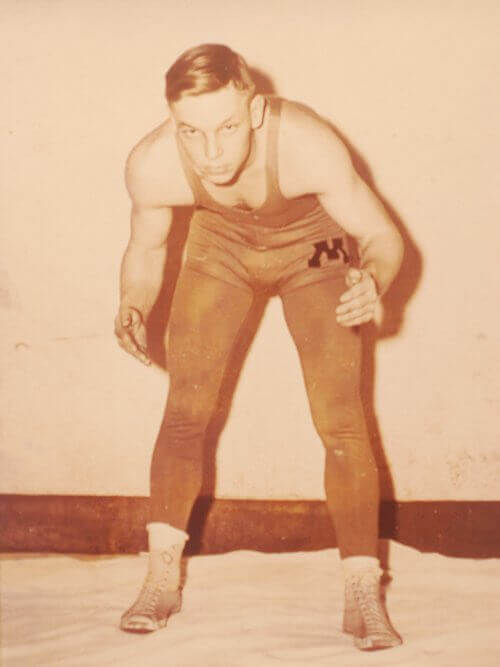 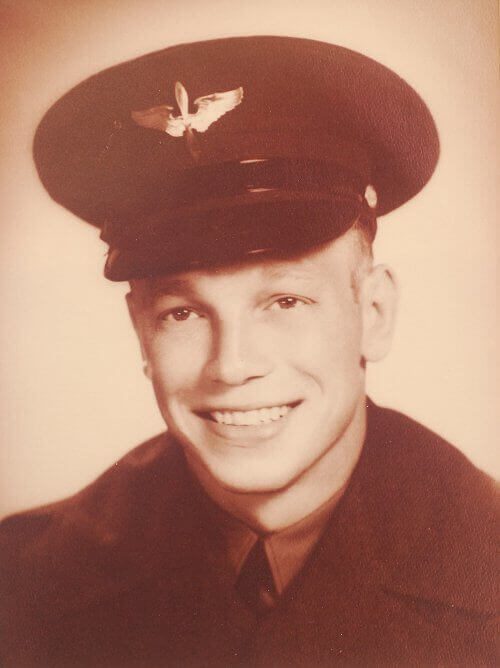