It’s tough to be considered among the “elite” wrestlers when coming out of the storied wrestling program at West Waterloo.  But Dale Anderson distinguished himself among the most elite of the program when he was a two-time state champion in high school and then followed that up with two NCAA championships at Michigan State University.

A talented athlete in many sports, Anderson excelled at Michigan State where Doug Blubaugh (an Olympic champion and coach at MSU) said, “Dale was everything you want in an athlete–hard-nosed, skilled and very smart.  His leadership was the key to those great Michigan State teams, no doubt about it.  When he was out there on the mat, he gave you everything he had.  He’s also a great person with great character.”

Dale was such a sensational wrestler that he lost just one match the final two years of wrestling at MSU and that was an overtime decision to another West Waterloo “elite” by the name of Dan Gable.  That loss came at the Midlands Championships.  Gable has often said that Dale was one of the athletes he respected the most, and actually was apprehensive about wrestling him due to Dale’s tremendous conditioning.

Dale’s first NCAA title came in 1967 when the Spartans became the first Big Ten school to ever win the NCAA team title.  As team captain he defended his 137 pound title as a senior and was voted MSU athlete of the year, ranking him above all the football players and basketball players.  He was a three-time Big Ten champion and three time All-American.

Anderson’s wrestling career ended after college when he went on to earn a law degree from the University of Virginia.  However, wrestling historians have said he would have been the top candidate for an Olympic berth as a wrestler who finished behind him at the NCAA tournament made two Olympic teams and won a bronze medal.

At West Waterloo Anderson wrestled for another “elite” in Coach Bob Siddens.  Siddens has said, looking back on his 40 years in high school athletics, that Anderson was the best all-around athlete he ever saw at West High.  Recently West High opened a new athletic facility and hall of fame where Anderson was selected as an “Elite Eight”.

In addition to being the starting quarterback at West, Anderson was also a state doubles tennis champion (Jaycees), a YMCA state table tennis champion and later an Arizona State racquetball champion.  He also completed two marathons.

Anderson also excelled in his law career as he was a professor at MSU and Special Counsel to Dennis Hastert, Speaker of the House, U. S. Congress.  He also authored many law books focusing on constitutional law and the justice function. 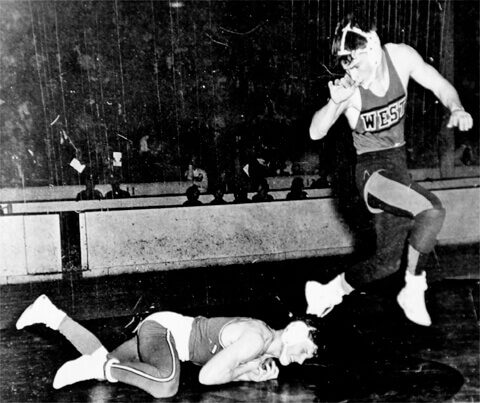 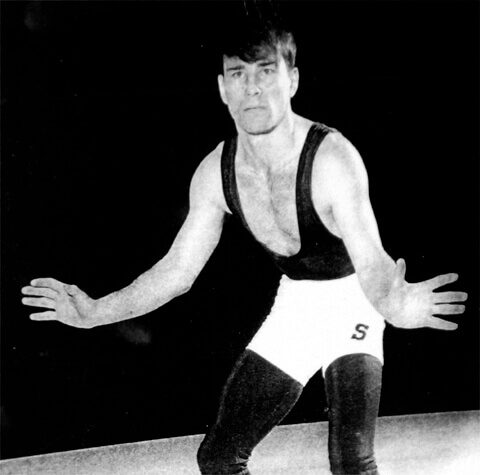