There are many school systems that boast of a strong wrestling program.  Only a handful have achieved the “legendary” status of Emmetsburg and coach Robert Kenny.

The numbers speak for themselves. In the nine years at Emmetsburg/Armstrong/Ringstead, Kenny’s teams won six state teams titles, two state dual meet titles while also being a runner-up in three other state tournaments.

But for Kenny it’s not just about the numbers. “We are more than wrestling coaches, we are character shapers, and most of all no matter what the wins and losses are, we build winners in life. Coaches shape kids that can focus and make it through adversity when things get tough in life, family and with friends.”

Highlights are many for Kenny but he says “Being called coach is an ultimate achievement for me and one that I will always treasure.”

He also pointed to winning 4 state titles in a row as a highlight. “No one thought we had the horses to do it,” Kenny recalls. He noted that through those years the wrestlers were at their best at the end of the year and that even after a tough loss at state, the wrestlers were able to comeback and win for the team.

“My proudest moment would have to be in 2005. We won a state title, with my son, Adam, wrestling in the finals,” Kenny stated. “Adam was unranked, he wrestled kids before the finals that had a combined record of109-4. Although his finals match only lasted a period and a half, it was the most exciting three and half minutes of my coaching career.”

But back to the numbers that elevated Emmetsburg into the “legendary” status.  In the nine years at Emmetsburg Kenny’s teams went 227-33-1; 69-2-1 in the Iowa Lakes conference; eight Iowa Lakes tournament titles and seven Lakes dual meet titles.

Kenny also coached at Maquoketa Valley, Osage (volunteer) and Estherville before coaching at Emmetsburg. All combined Kenny’s teams were289-123-1 while he had 88 state qualifiers and 56 place winners. He coached 12wrestlers to state titles, 12 to second place finishes, 13 to third place finishes and 9 to fourth place finishes.

Kenny, from Osage, was a sectional champ, district champ,and placed 4th in the state at 132 pounds as a senior. In college Kenny wrestled on the varsity for three years at Buena Vista and was a national qualifier at 150 pounds as a junior.

Kenny was inducted in the Iowa Wrestling Hall of Fame in 2013 along with Dave Ripley, Tolly Thompson and Jason Kelber. 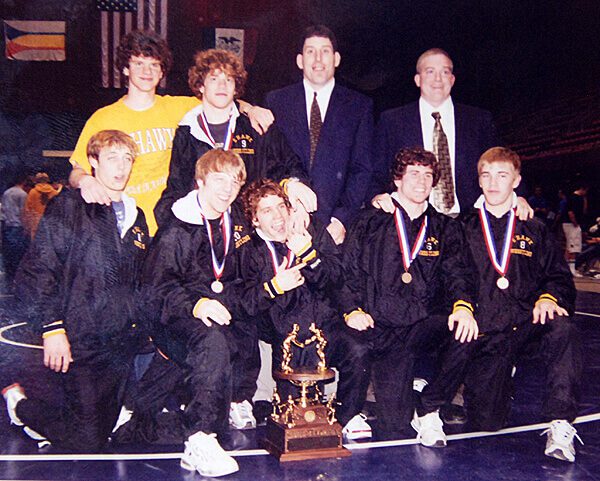 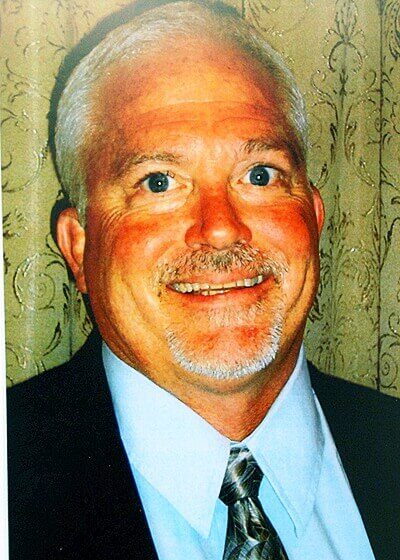