Glen Brand’s victory in the middleweight class of the 1948 Olympics was a fitting climax to a successful wrestling career started at Clarion High School, Clarion, Iowa. Glen was born and raised in Clarion where he won three letters and placed second in the Iowa State High school Wrestling Tournament during his high school mat career. His high school coach was Dale Brand, Glen’s cousin.

Glen graduated from high school in 1942 and joined the Marine Corps. There were four rugged years in store for him, spending 19 months on Guam and the South Pacific.

The wrestling career of Glen really began taking shape in 1946. He enrolled at Iowa State in the Civil Engineering School and joined the wrestling team under Coach Hugh Otoplik. Iowa State had a limited dual meet schedule compared to present day standards but Glen wrote a chapter in the history of Iowa State wrestling where he had 55 matches as an Iowa State athlete, winning 52 of those 55 matches. One of his wins in a dual meet was over Verne Gagne of the University of Minnesota. Scarpello defeated Brand in the finals of the 1947 NCAA tournament at 175 pounds. Brand beat Scarpello in the third round of the 1948 NCAA tournament and went on to win the NCAA championship. He also defeated Scarpello in the seventh round of the Olympic tryouts. Glen then went on to win the coveted gold medal in the 1948 Olympic Games held in London, England. He was the first Iowan from an Iowa school to win an Olympic gold medal.

Glen Brand was inducted into the Iowa Wrestling Hall of Fame in 1972. 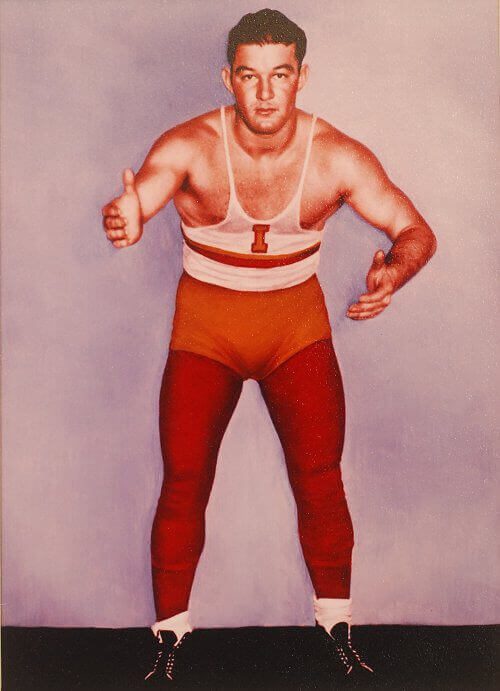