Technological advancements abound in every aspect of life these days and
wrestling and the reporting of the sport has seen huge changes in the past 25 years.
G. Wyatt Schultz helped pioneer those changes in wrestling as both a publisher
and photographer.

Wyatt Schultz of Cedar Rapids is one of a handful of Iowa Wrestling Hall of Fame
inductees honored for his tireless work promoting wrestling as the owner of
The Predicament magazine, website and also as a noted photographer.

Schultz developed his love of the sport while wrestling in high school at Postville.
“Good, no…I was a little above average…that’s about it…but I liked it,” he summarized.

Wyatt got involved with the media side of wrestling in 1996 at the encouragement
of a wrestling friend. He phoned Ron Seaman of Emmetsburg, the owner of
The Predicament at that time, and volunteered his services as a photographer for
events in the eastern part of Iowa. His relationship with The Predicament continued
with the next owner, Jim Steiert, and he later partnered with Tom Owens and
Matt Pfiffner, until taking over sole ownership in 2011.

Schultz says wrestling has “overall gotten better, more technical” over the years,
but that he isn’t a fan of becoming a one-sport athlete.

Other big changes in the past few years include the development of Trackwrestling,
which has allowed for easy information transfers through computers and the internet. Other social media outlets such as Facebook, Twitter and Snapchat
have also changed how wrestling information is distributed.

The Predicament and Schultz saw the need for internet exposure back in 2000 when
the website was started. Since then the printed version of the magazine has gone online. Schultz believes some of those changes have been positive but that
he is not a fan of the message board on the website. “There are some good things discussed there but there are also things said there that would not be said
if people were talking face to face with each other,” he explained.

Schultz noted that digital photography and improvements in the camera sensors has
also changed wrestling coverage. He pointed out that over the course of the 3-day
high school state tournament he might take 3,000 photos, something very impractical during the film era.

Wyatt has received the IHSAA News Media Award in appreciation for his contribution
to interscholastic high school athletic programs; the Russ Smith Community Impact Award for exceptional local impact on wrestling from the National Wrestling Hall of Fame, Dan Gable Museum; the IWOCA Dan McCool Media Award for tireless devotion and coverage of the sport and the values inherent in wresting; the National Wrestling Media Association (NWMA) Photographer of the Year Award; NWMA Publication of the Year Award for The Predicament newspaper publication.

Schultz was to be inducted into the Iowa Wrestling Hall of Fame in 2020 along with
Tom Hogan, Tom Huff and Chad Zaputil until the pandemic forced the cancellation
of the 2020 and 2021 banquets. 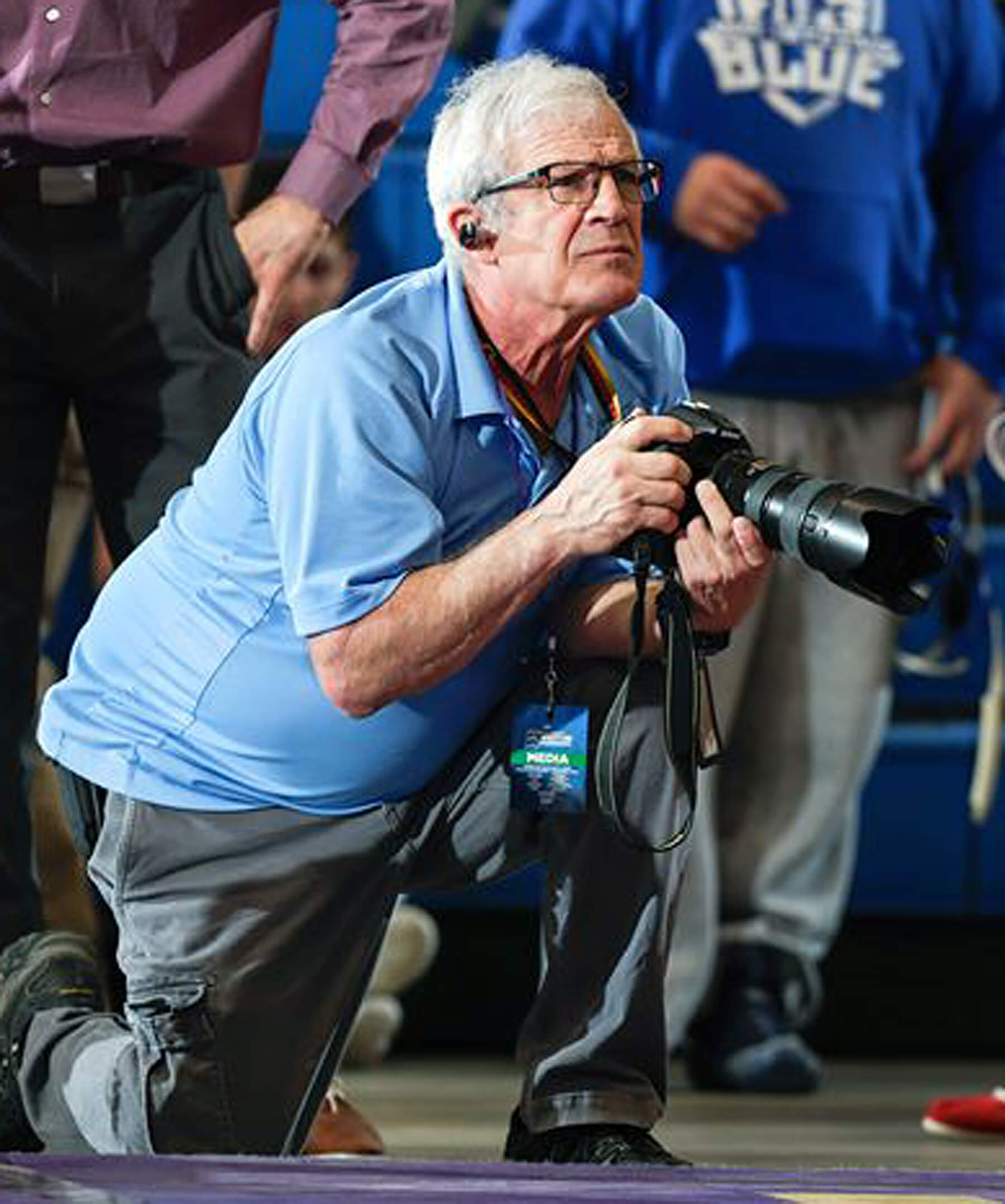 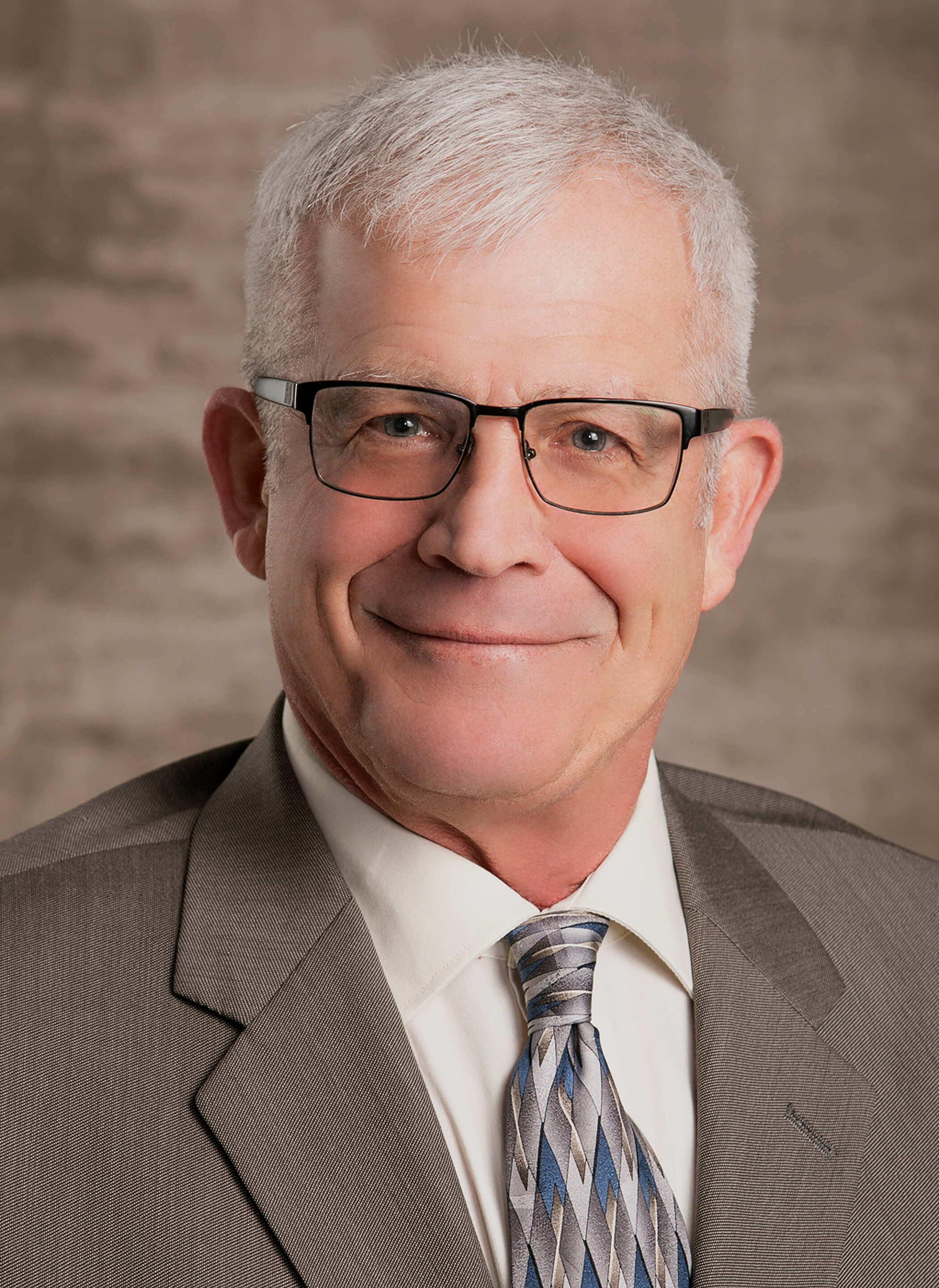