It’s always a treat when Cresco wrestling fans bring family to the Iowa Wrestling Hall of Fame. Thanks to Jerome & Norma Hruska for stopping by with daughter Cindy to take a tour of the Hall of Fame.

Of course, Jerome’s forgotten more about wrestling than we will ever know.
Hruska was a three-time State Qualifier at Cresco High School. He was the Southwestern Community College wrestling head coach from 1967-68, and he was the head coach at Creston High School from 1969-79, where he compiled a 100-13-2 dual record. He also coached 38 State Tournament Qualifiers, including 19 State place winners at Creston.
Coach Hruska is credited for setting the tone of hard work, dedication, excellence, and high expectations into the Panther Wrestling Program and was in the first Induction Class of the Creston Wrestling Hall of Fame. Thanks to one of our favorite IWHOF Board Members for stopping by! 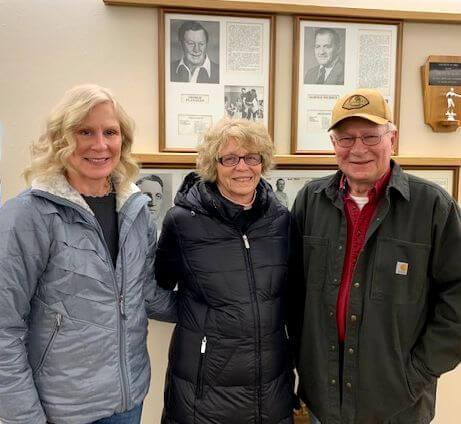 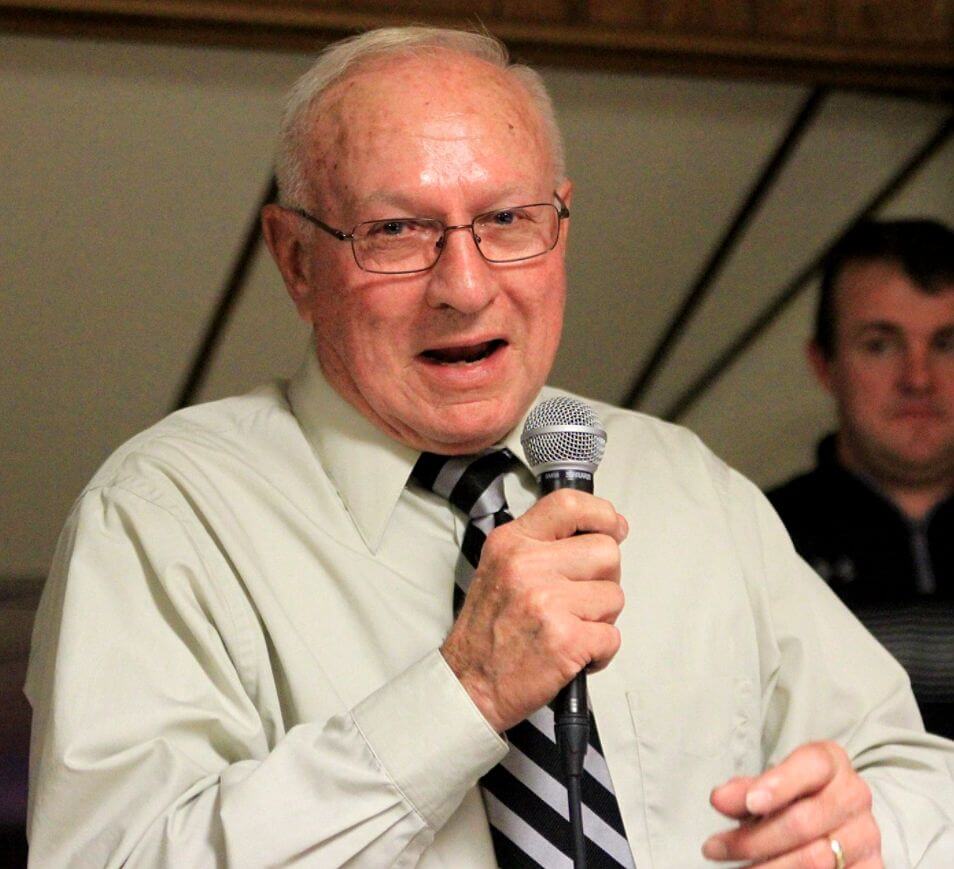