Carter Fousek, the 4-time state champion from Crestwood, recently added
his autograph to the mural outside the Iowa Wrestling Hall of Fame in
Cresco. The hall of fame board of directors wanted to honor Crestwood’s
first 4-time state champion by permanently featuring his signature on
the third panel of the mural. That portion of the mural features
highlights of Cresco’s rich wrestling history while also attempting to
explain why the hall of fame is located in Cresco. With Carter is his
high school wrestling coach Keith Slifka. The signature will be traced
over with paint and sealed. The only other autograph on the mural is
that of Dan Gable who signed the mural at its dedication. Carter is now
a red-shirt freshman at Iowa State University in Ames. 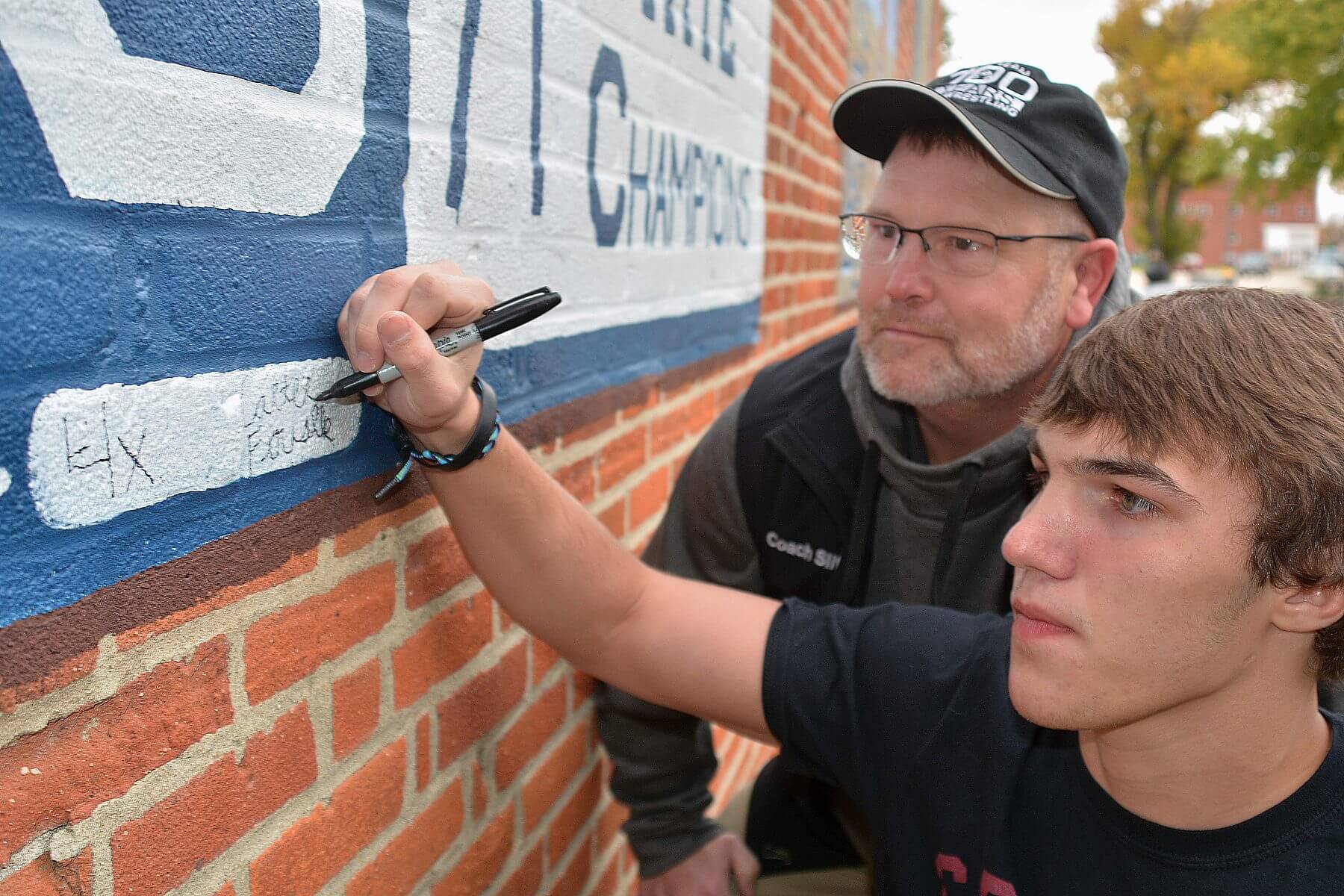