CRESCO – More than 200 wrestling fans were treated to an amazing evening of food, fun and exciting stories as five former grapplers were inducted into the Iowa Wrestling Hall of Fame during its 50th Annual Awards Banquet held on April 8 at the Cresco Country Club.

Jason Passmore, Executive Director of the Howard County Business and Tourism, served as Master of Ceremonies at the banquet. He noted the 2019 inductees including: Dale Bahr, Don Buzzard, Joe Corso, Dr. Gary Steffensmeier and Jessie Whitmer. The five inductees brings the Hall of Fame to 133 total members.

Following the meal, Passmore recognized some of the people who helped organize the Iowa Wrestling Hall of Fame Annual Awards Banquet when it first started in 1970 including: Dale Turnmire, Gayland Peter and Don Gooder, who was unable to attend the 2019 banquet because of an illness.

Don Gooder’s son, Mike, gave a short speech and brief history of the Hall of Fame. “I was a lucky kid because I got to see how the Hall of Fame started,” Gooder said. “My dad would chase Tom Peckham around Iowa to watch him wrestle, and my dad started gatherings at the Tower Club. Don had a vision, and that is what this banquet is all about. He always said, ‘We’ll never run out of wrestlers in Iowa.’ I hope everyone can please carry on the tradition of wrestling.”

Passmore introduced the Selection Committee and the members of the Board of Directors before talking about the first inductee, Dale Bahr, who was introduced by former University of Iowa Head Coach Dan Gable. Both Bahr and Gable were teammates at Iowa State in the late 1960s.

“When I was at Iowa State, Dale and I lived in the same house,” Gable said. “I was doing all right on the team, but Dale got on top of me in practices. He helped me learn how to escape because I didn’t want anyone to hold me down. Bahr began his speech by noting that the Hall of Fame plaque reminded him of being on the podium after meets. “My wrestling history is intertwined with Cresco,” Bahr said. “My coaches were Gary Kurdelmeier and Harold Nichols, who were both from Cresco. When I coached at Michigan, two Cresco natives, Don Nichols and Harold Nichols were there. “I give a lot of credit to Harold Nichols because he knew how to recruit. Some of my teammates at Iowa State were Bob Buzzard, Dave Martin and Dan Gable. When you wrestle with guys like these, you either get better or you quit. Nichols made me better because he challenged me,” Bahr said. After college, Bahr coached junior high Eagle Grove for one year before taking a high school coaching job at Algona. Following several years at Algona, he took a job as an assistant coach at Iowa State under head coach Harold Nichols. “One of my highlights (as an assistant coach at ISU) was competing in a varsity versus alumni meet at age 30 and winning a 3-2 decision,” Bahr said. “At Michigan, I also coached against Dan Gable when he was at Iowa, and I won one dual. I’m also glad I was able to make it here to Cresco to receive this award,” Bahr said.

The next inductee was Don Buzzard, who died in 2016. His brother, Bob, who was inducted into the Hall in 2012, shared some memories of Don. “I want to thank the Hall of Fame for inducting Don,” Bob said. “Don would be very honored by this award. He had a lot of support from his family, friends and coaches. “Don started wrestling in 1957, and as a freshman at Waterloo East, he made the varsity in 1961. He was first at districts three times, was undefeated during his junior and senior years and had a 49-3-1 high school record. He was also named the outstanding wrestler at East Waterloo in 1964. After high school, Don went to Iowa State and won an NCAA title in 1967 and 1968,” Bob said. Mike Chapman, who was a good friend of the Buzzard family, also talked about Don. “In addition to being a great wrestler, Don was also First Team All-State in football at linebacker. One time, a scout from the Dallas Cowboys came to practice just to watch Don. He was my best friend. Don was one of the best wrestlers I ever saw. Wrestling was Don Buzzard’s family,” Chapman said.

Chuck Yagla, a 1990 inductee, came to the podium next to introduce 2019 inductee, Joe Corso. Yagla noted that Corso was a high school State champion at West Des Moines Valley, a Big 10 All-American at Purdue and a member of the 1976 Olympic team. Corso began his speech by thanking all the inductees. “I am honored to be inducted to this Hall,” Corso said. “My teammates (in high school) made me who I am. I had great workout partners, and I learned a lot from Coach Larry Bock, who got me hooked on wrestling when I was in junior high. Bock used words like discipline and heart. He said that you can’t have success without discipline, and you need heart to win big matches. My teammates and my coaches made a big difference for me. Wrestling was a great journey for me, and I enjoyed it.”

Jim Miller, a 2000 inductee, introduced the next inductee, Dr. Gary Steffensmeier.
“Gary wrestled for me when I was at UNI,” Miller said. “I learned that if I could make a match like a fight for Gary, he would win. So before a match, I would slap him in the face. He got tougher and he willed himself to win. Steffensmeier thanked Miller for the introduction. “I want to thank the Hall committee for inducting me,” Steffensmeier said. “I also want to thank so many people who have impacted my life, including my coaches, parents, friends and fans. I also want to thank my wife, who is the most important person to me. “So many times in life, you go down different paths, but wrestling always brings you back. Wrestling has given me a platform to make an impact. This sport teaches you hard work, perseverance, how to deal with defeat and how to win graciously. I’ve also learned a lot from Jim Miller, Dan Gable and my teammate, Jessie Whitmer. Wrestling has given me a lot of great life experiences,” Steffensmeier said.

Jessie Whitmer, the final inductee of the evening, was introduced by his coach at the University of Iowa, Dan Gable. “What was amazing about Jessie is that he knew that as a wrestler, you can still learn right up until the time you step on the mat,” Gable said. “He bought into our training system, which was to get us bonus team points. Jessie was the strongest man in the world.” Whitmer told Gable he was grateful for the nice introduction. “I’m honored to be here,” Whitmer said. “I’m thankful to the committee just for being considered for the Hall. This award is a representation of who helps you succeed in life. I was blessed with two great parents, two sisters and one brother. “I started wrestling in seventh grade and had great coaches. One of my high school coaches, Dave Morgan, was a fantastic coach. “When I got to the University of Iowa, Dan Gable and Terry Brands coached me. After one of my first matches, I lost. I will always remember what Coach Gable said after that loss. He said, ‘Whitmer, we recruited you as a wrestler, not as a mop.’ Coach Gable pushed you every day in practice to be your best. I can’t express in words the gratitude I have for him,” Whitmer said. 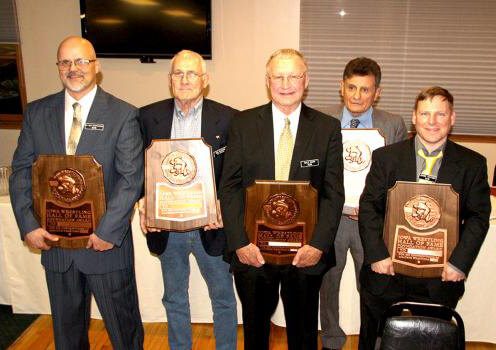 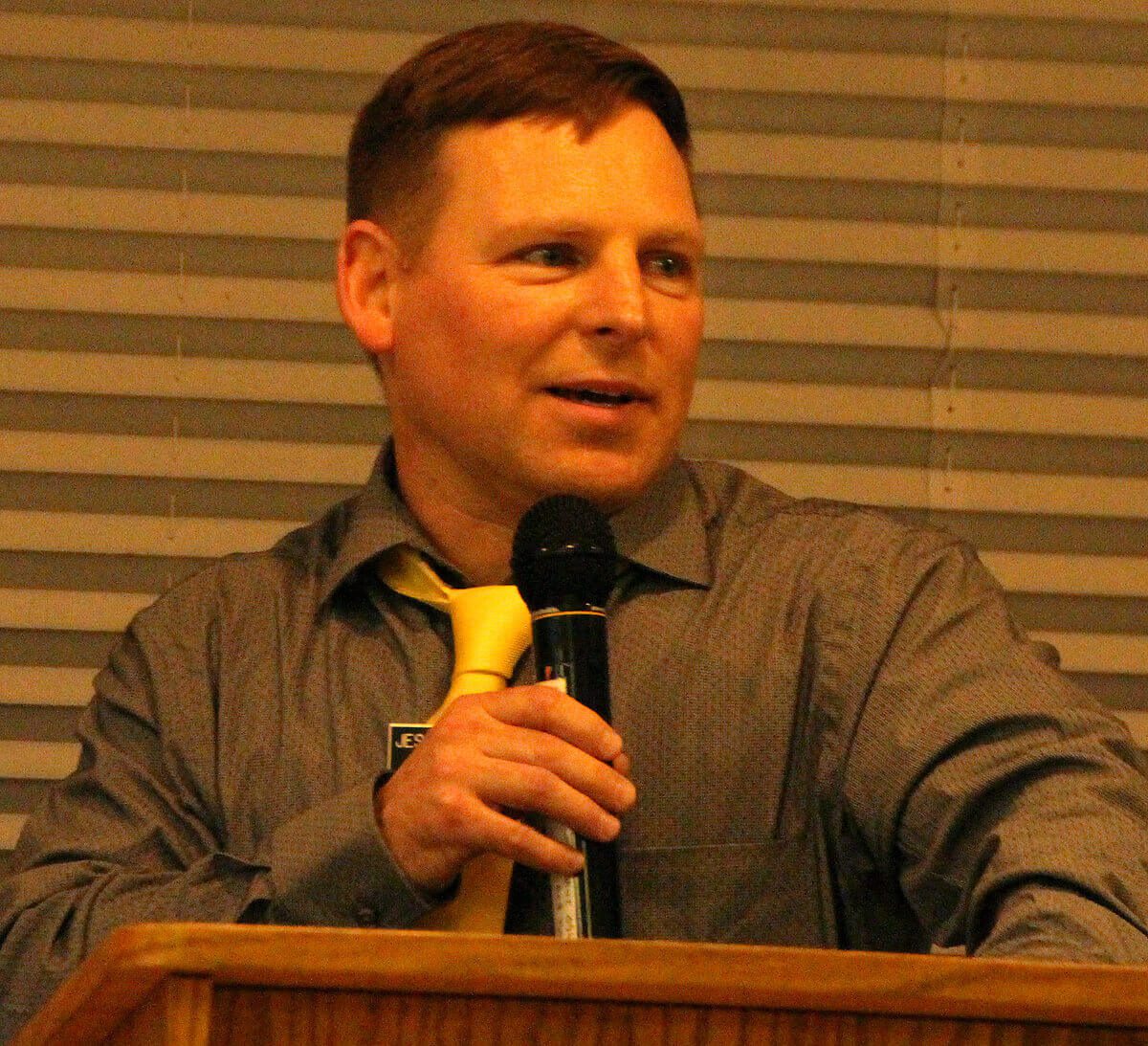 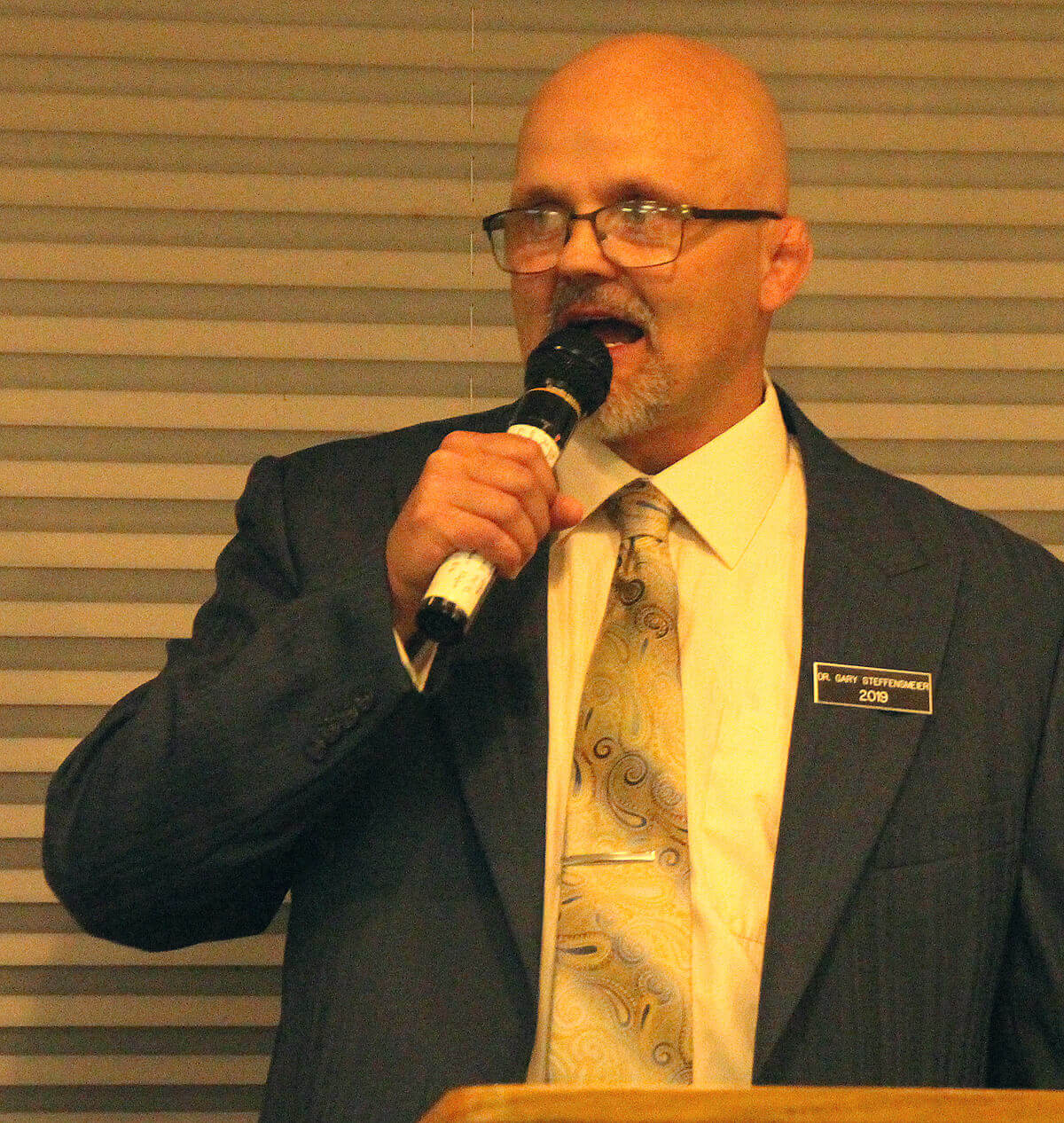 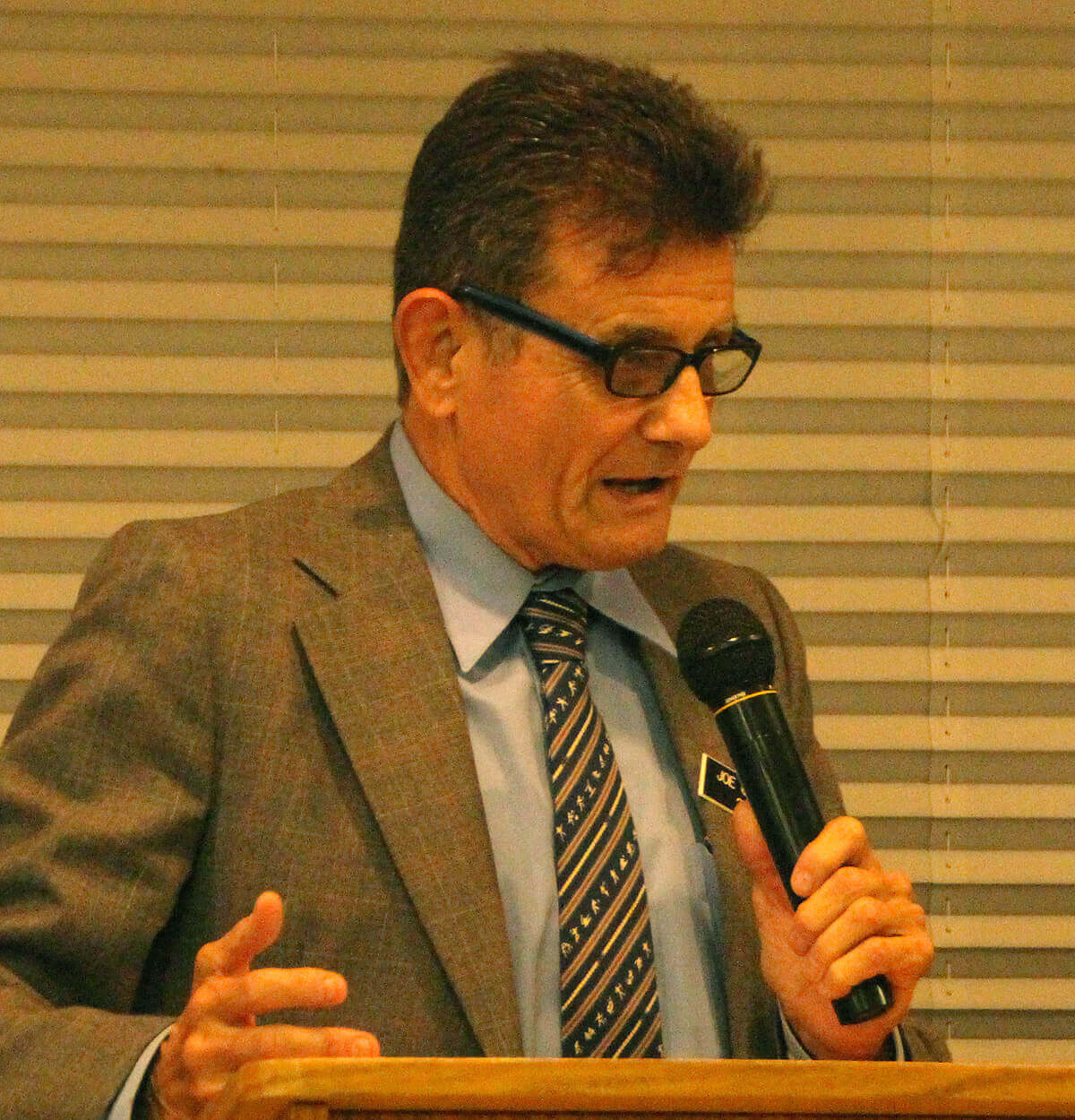 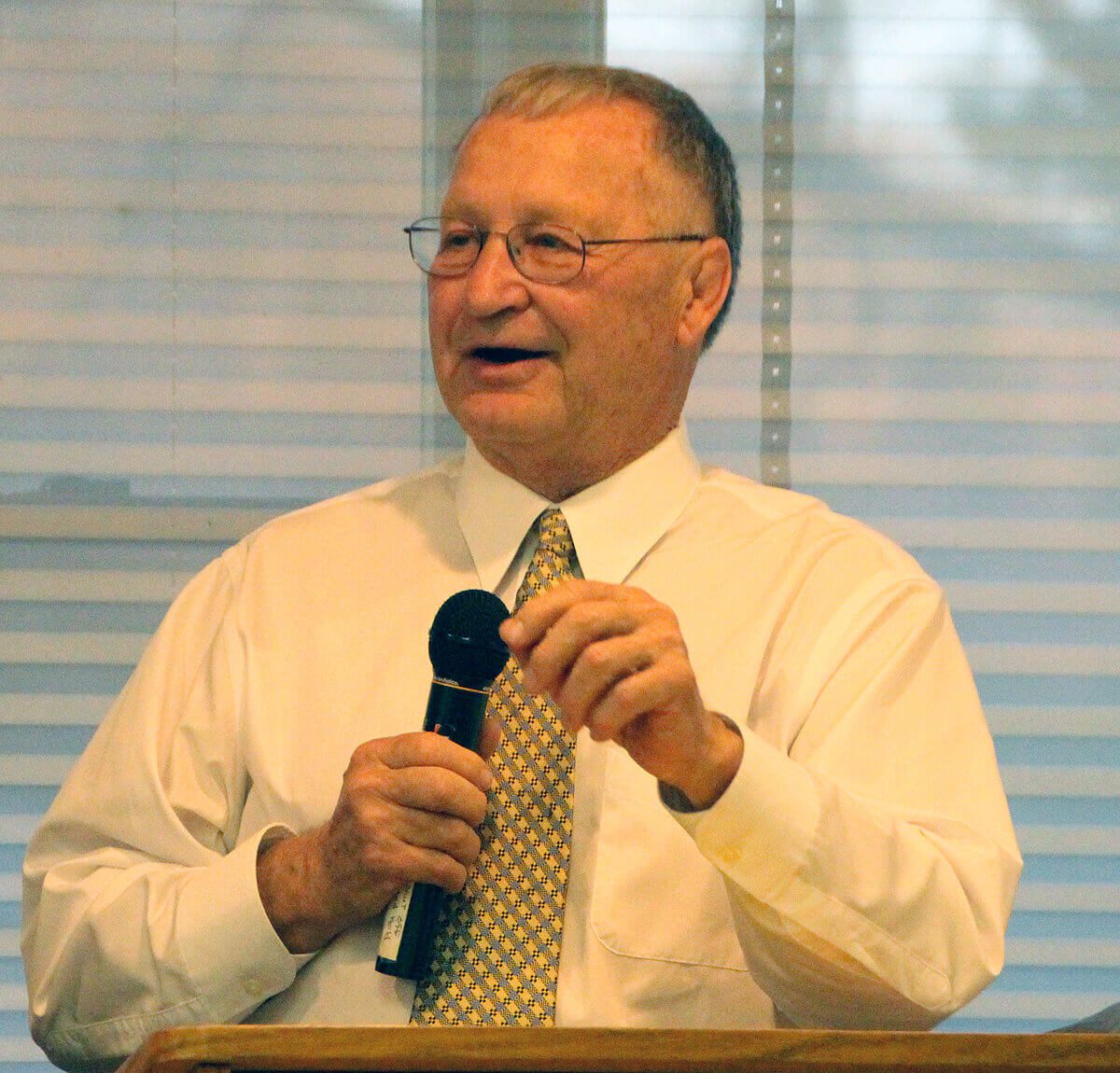 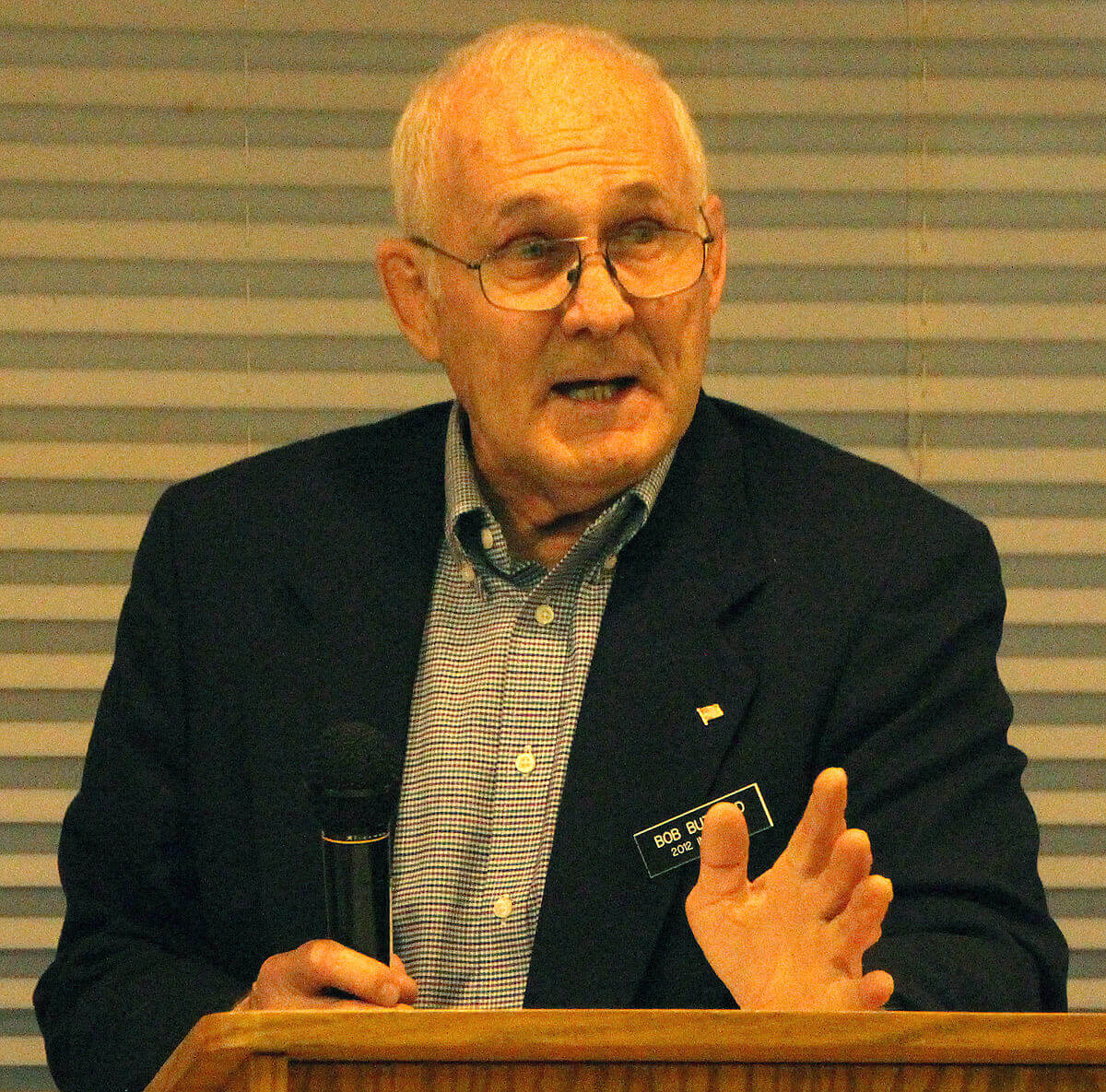 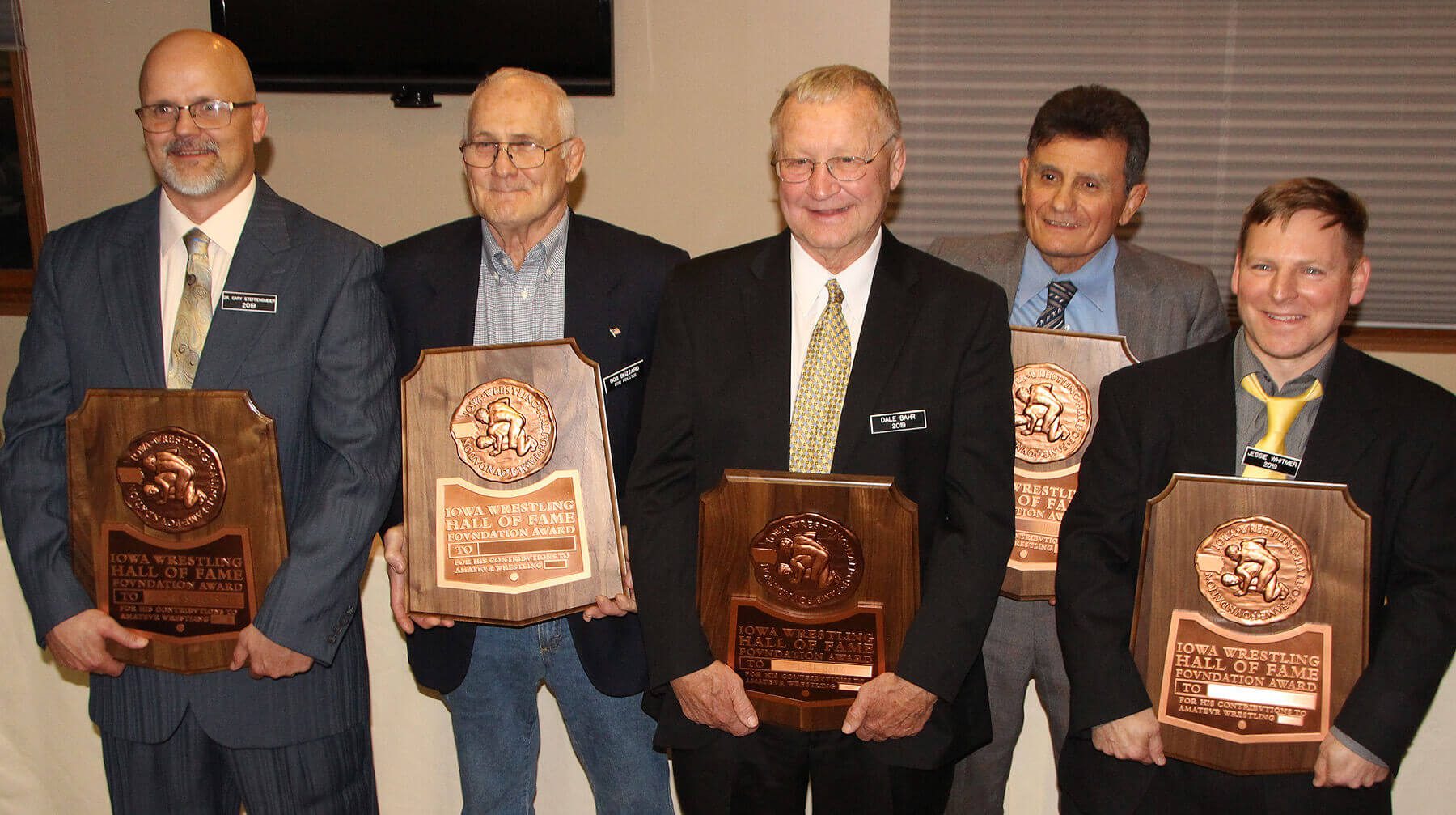 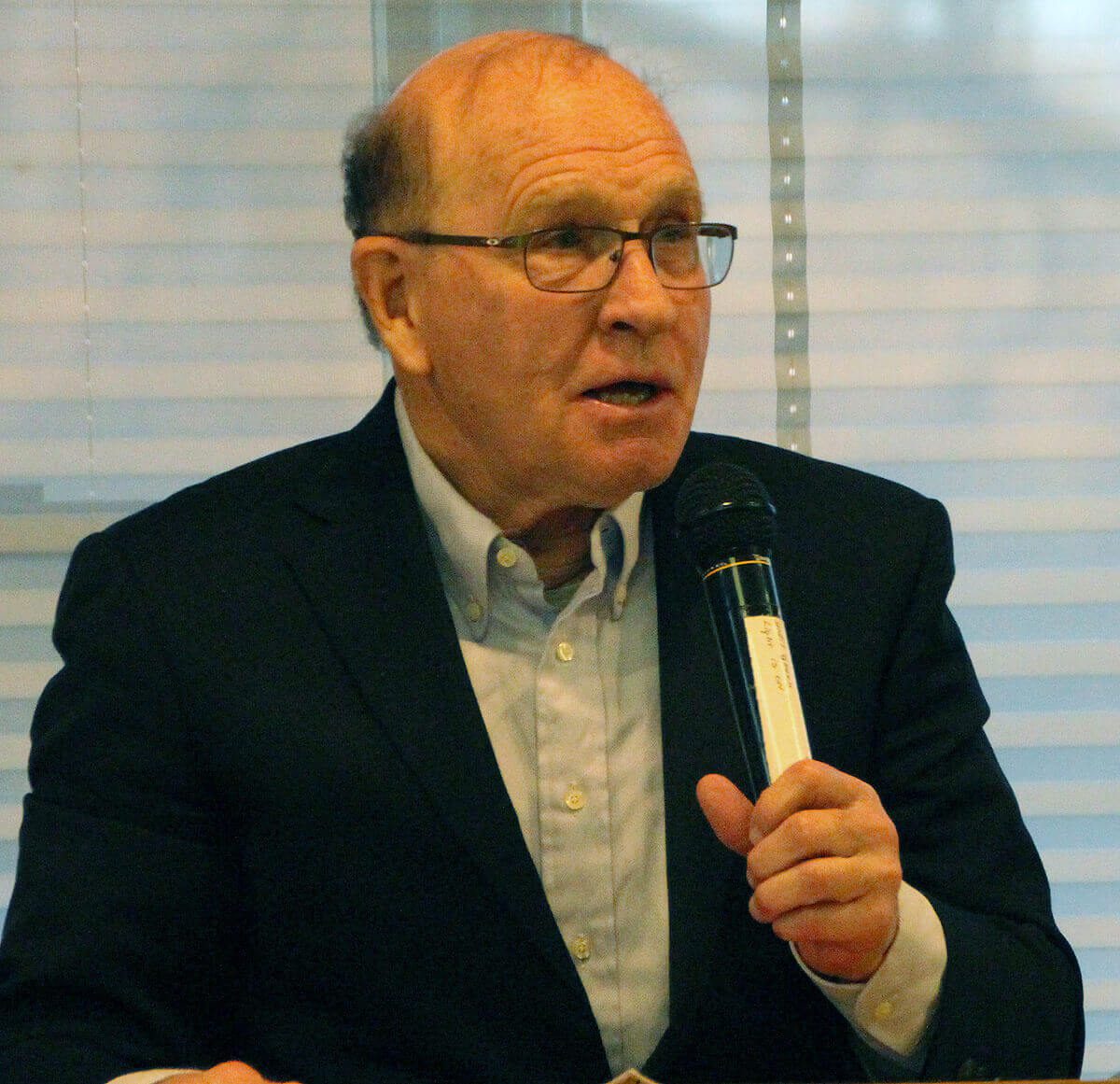