CRESCO – A capacity crowd gathered at the Cresco Country Club Monday night to witness the induction of four new members into the Iowa Wrestling Hall of Fame during its 46th Annual Awards Banquet.

Master of Ceremonies and Board of Directors Member Dennis Meirick opened the banquet by introducing Jason Passmore from the Cresco Area Chamber of Commerce. Passmore welcomed everyone and gave the invocation before dinner.

Former University of Iowa Coach and 1977 inductee Dan Gable inducted the 114th member to the hall of fame, John Bowlsby, who won two state titles at Waterloo West in 1973 and 1974 and competed for Gable at Iowa.

Gable noted he is glad the Iowa Wrestling Hall of Fame is in Cresco because “Cresco has a lot to be proud of now and in the future.”

Before the induction, Gable said Bowlsby helped him train for wrestling when they were in Waterloo in several places, including in a basement, a garage, a barn and a car dealership.

“John helped mold my career,” Gable noted. “He was a part of the first national championship team at Iowa. He has done a lot for wrestling.
“I measure people not by what they did (in the past), but what they are doing today. John is doing pretty good today. If we don’t work together, we can’t win together, which is what is good about Cresco,” Gable said.

Bowlsby began his remarks by thanking Gable for his compliments, and saying he is honored to be a part of Gable’s career.

He noted Tom Peckham taught him an important lesson when he was 15.

“Tom gave me an outstanding lesson on how to be humble, and I thank Tom for that lesson,” Bowlsby said.

He added, “I’ve been very lucky to have an extremely supportive family. There was a great wrestling tradition in Waterloo when I was growing up. I was lucky to have great high school coaches in Bob Siddens and Don Huff.”

Bowlsby said he learned a lot from Gable.

“Dan Gable taught me how to look at myself, be critical of myself and helped me to self-analyze until I got it right. He told me the act you make toward a goal makes you better.

“The high school matches I thought about the most were the ones I lost because I asked myself, ‘What do I need to do to get better?’ These are lessons that I use every day. I have hired several former wrestlers because I know they will work hard, and they will get up when they get knocked down,” Bowlsby said.

Terry Brands introduced the next inductee, Lee Fullhart, who won three state titles at Decorah and was a four-time All-American at the University of Iowa.

Brands said he has traveled with Fullhart to several foreign countries including Moscow, Germany, China and Iran.

“Lee has formed a legacy and he has great loyalty. His standard drives his accountability,” Brands said.

Fullhart noted wrestling has been a big part of his life.

“Wrestling has shaped me, and I need to seek it out. It has kept me grounded in what I know,” Fullhart said. “Winning is not ingrained in everyone except for guys in the Midwest. The best of the best are Iowa guys.

“You need to keep what drives you, and every day I want to win. People outside of the wrestling community don’t get this,” Fullhart said.

Jim Miller introduced the next inductee, Ken Snyder, who won a state title at Waterloo Columbus before winning two Division II titles at the University of Northern Iowa. Jim and Ken were teammates on the UNI wrestling team.

“Ken and I raised each other up at UNI and others came with us,” Miller said.

Snyder thanked the hall of fame committee for his selection and thanked the people at the banquet.

“There is nothing like a wrestling crowd,” Snyder said. “When you talk to wrestlers, they know you.”

Snyder noted when he began wrestling in junior high, his team practiced on a horse-hair mat because the school couldn’t afford better mats. He noted he was fortunate to be around supportive people.

“One of the keys to success is to surround yourself with good people,” Snyder said. “When you have good people around you, they will make you look good.”

Snyder also thanked his family, including his wife and his five daughters, and his former coach at UNI, Chuck Patton.

“Chuck created a great atmosphere at UNI. His ticket to the team was to have wrestlers compete for 10 minutes for him to demonstrate what they can do best. He told his wrestlers to make weight and do what they need to do to win,” Snyder said.

Although he was disappointed to lose in the NCAA Tournament semifinals when he was a senior, he learned a valuable lesson.

“What you learn in wrestling is that even when you lose, you have to move on. I am honored to be in the hall of fame. This is phenomenal,” Snyder said.

The fourth inductee, Daryl Weber, was inducted by Dan Mashek, who coached Weber at Don Bosco. After winning two state titles at Don Bosco, Weber earned All-American honors at the University of Iowa and also won a national championship.

Mashek said he talked to Dan Gable about Weber in 1991. “I told Coach Gable that I’ve got a young man (Weber) who will fit in well at Iowa because he has a great attitude,” Mashek noted.

Mashek added Weber was willing to sacrifice his personal success to do what was necessary to help the team at Don Bosco.

Weber expressed his gratitude to the selection committee and noted that a lot of people who helped him over the years.

“A lot of people are here from Don Bosco to support me, and I thank them,” Weber said. “I am a coach in Virginia now, and one message I have for the wrestling kids is this, ‘You need to do the things most people won’t do.’ I also tell them they need to be a little goofy, too.

“I am a firm believer that success is determined by the people around you. I was extremely blessed by my parents, who sacrificed a lot for me. They helped me in whatever way I needed in order to excel. I credit my parents for their encouragement and helping me with my internal drive,” Weber said.

He also thanked his neighbors for showing him how to compete in wrestling as well as Dan Mashek.

“I really appreciate Coach Mashek and the support he has gained for the team. Don Bosco is a one-of-a-kind wrestling program. I also thank Coach Ray Fox and Assistant Coach Tom Kettman, who was the muscle of the program,” Weber said.

Weber also praised Coach Gable and the University of Iowa.

“One thing I learned about Gable was his Jedi-mind tricks. He could convince you of what you needed to do as a wrestler and push your buttons. I learned a lot from Coach Gable and Coach Mashek, and I hope to continue to accomplish great things,” Weber said. 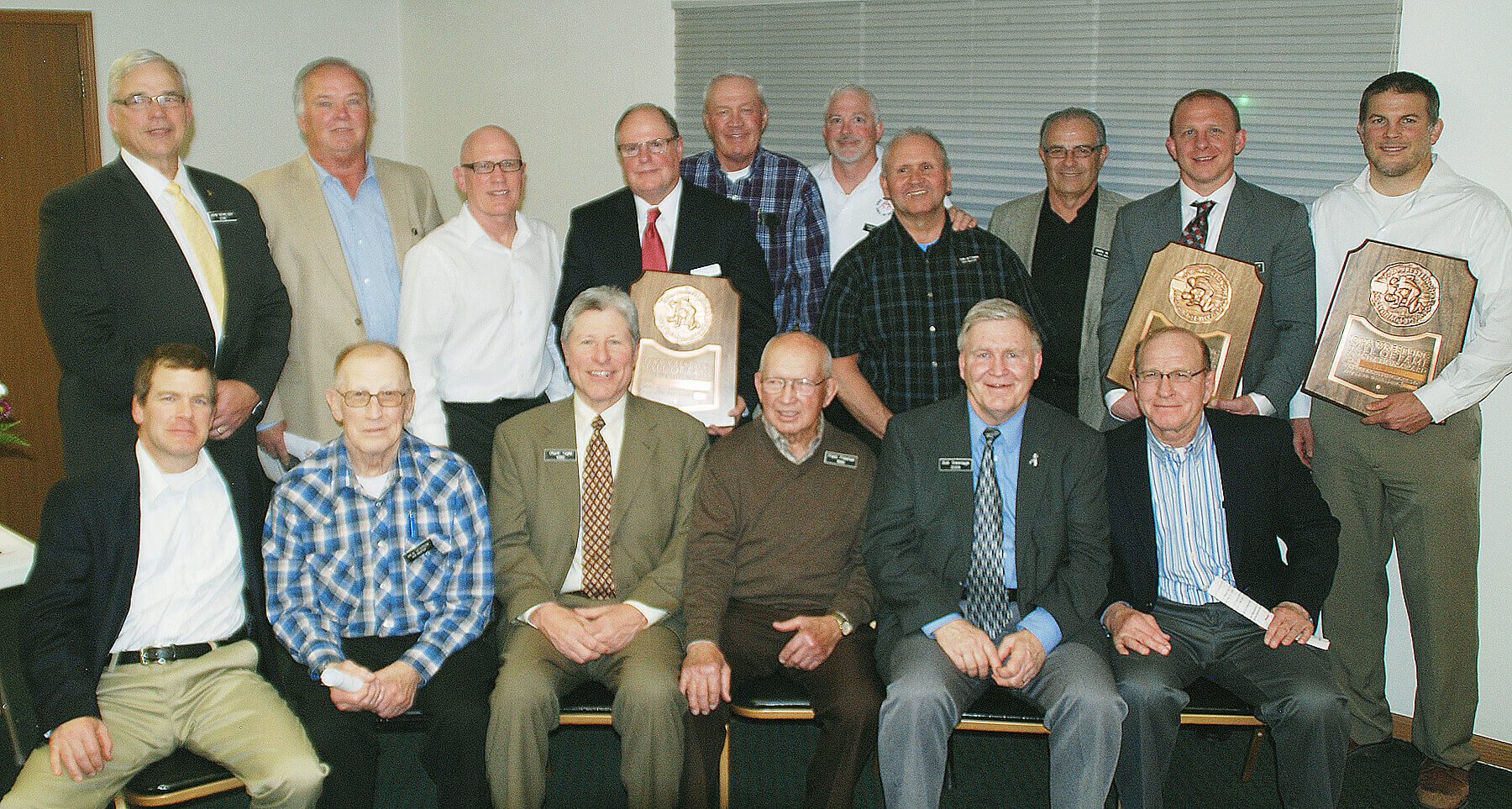 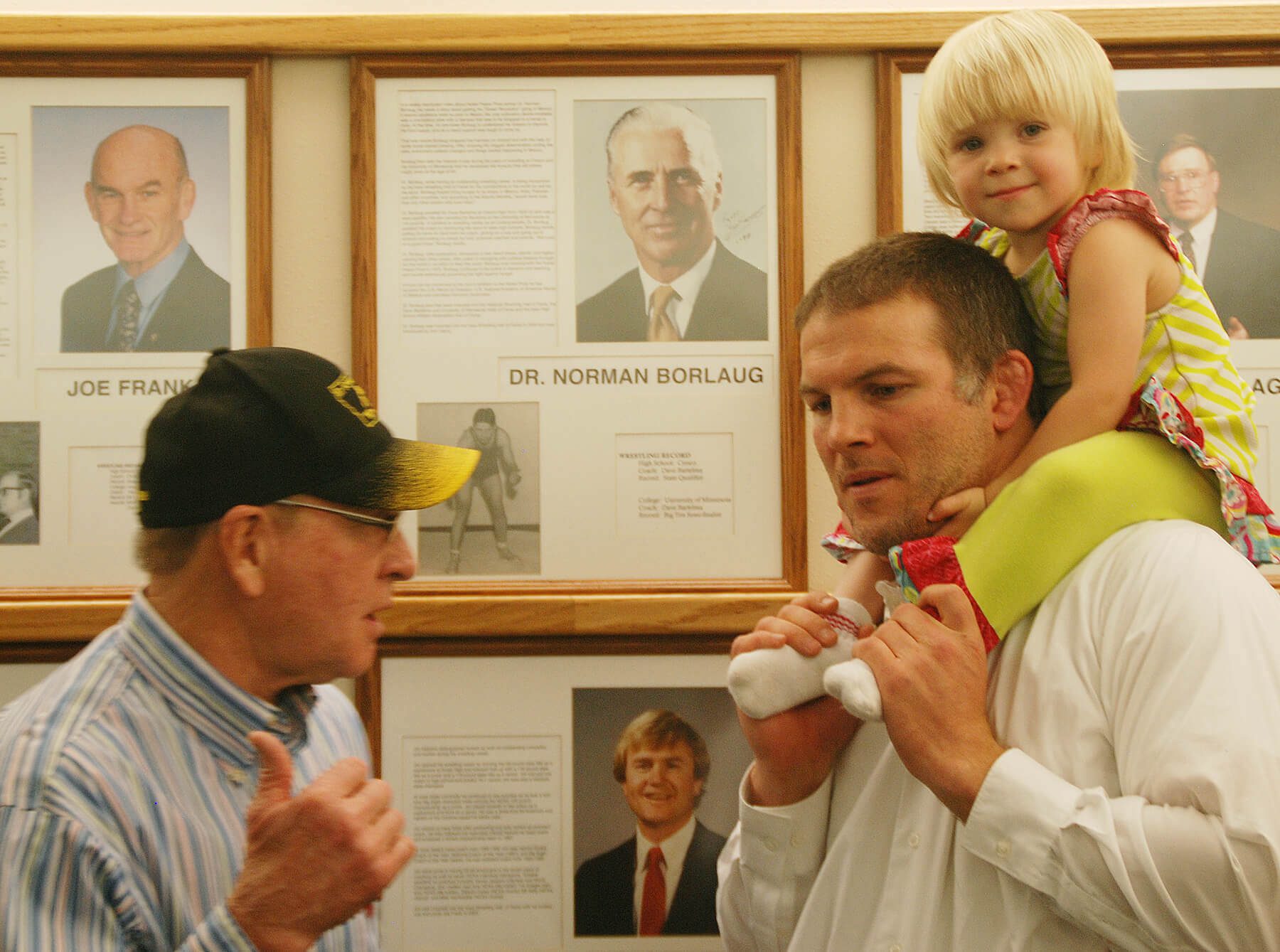 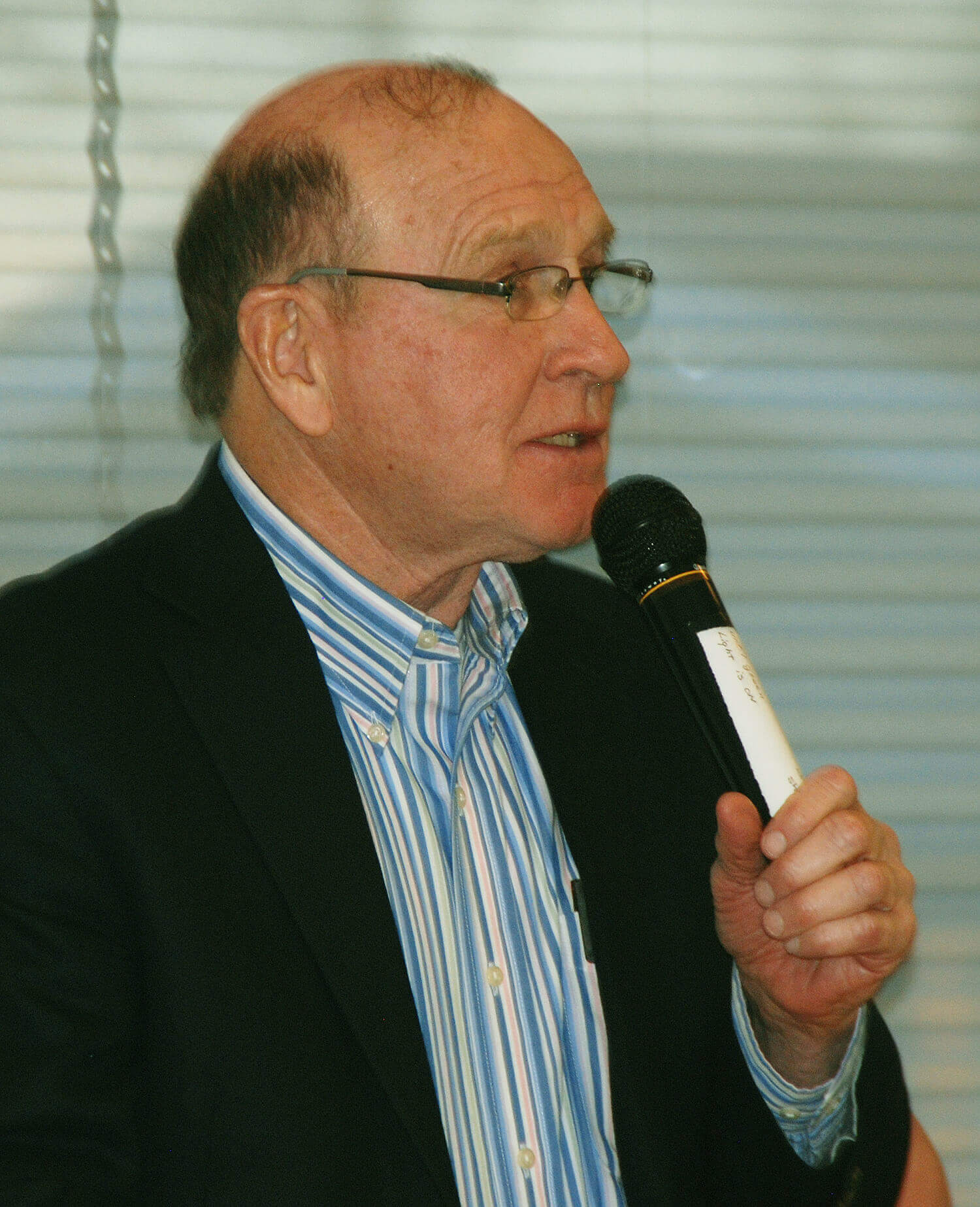 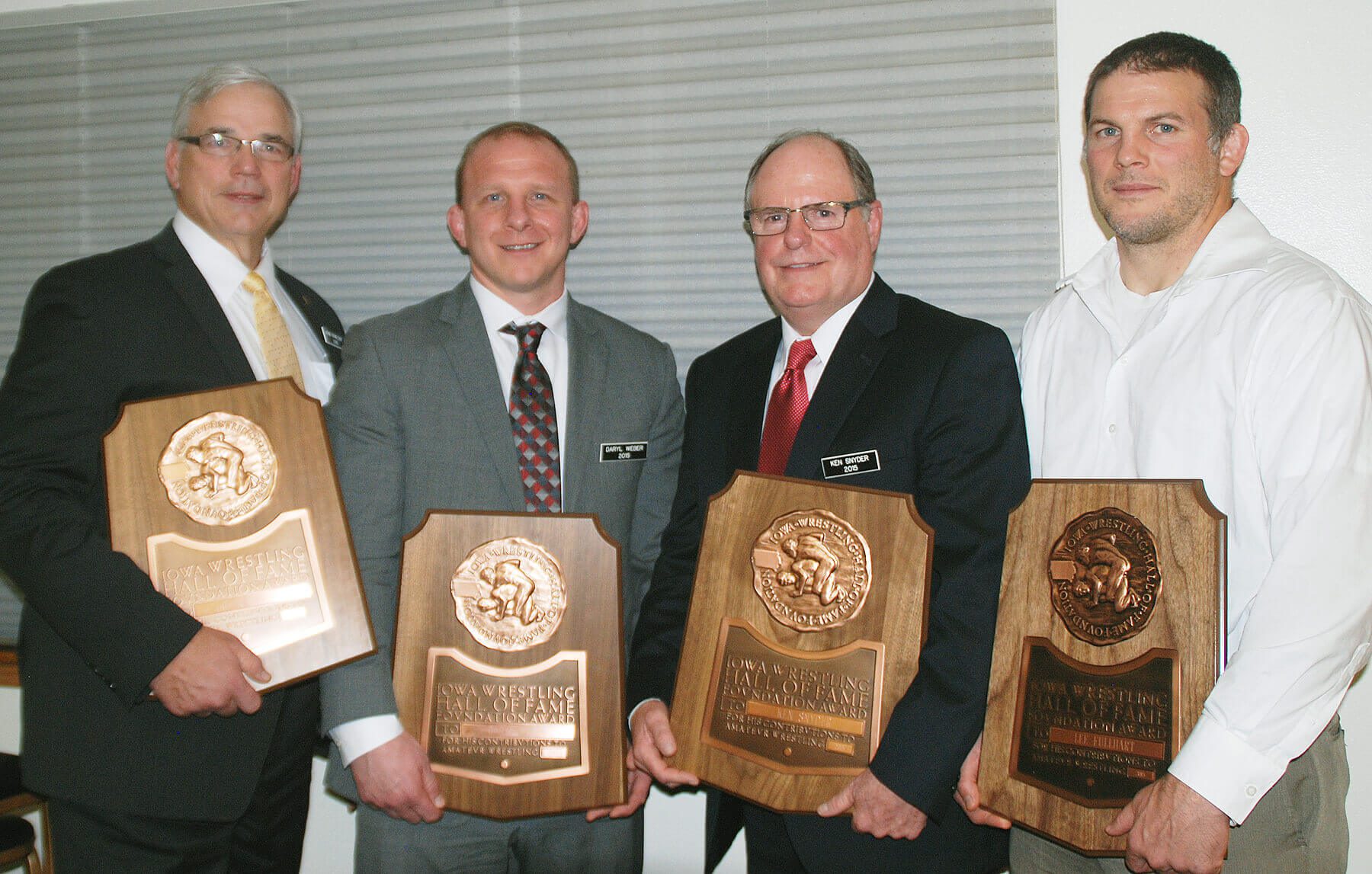 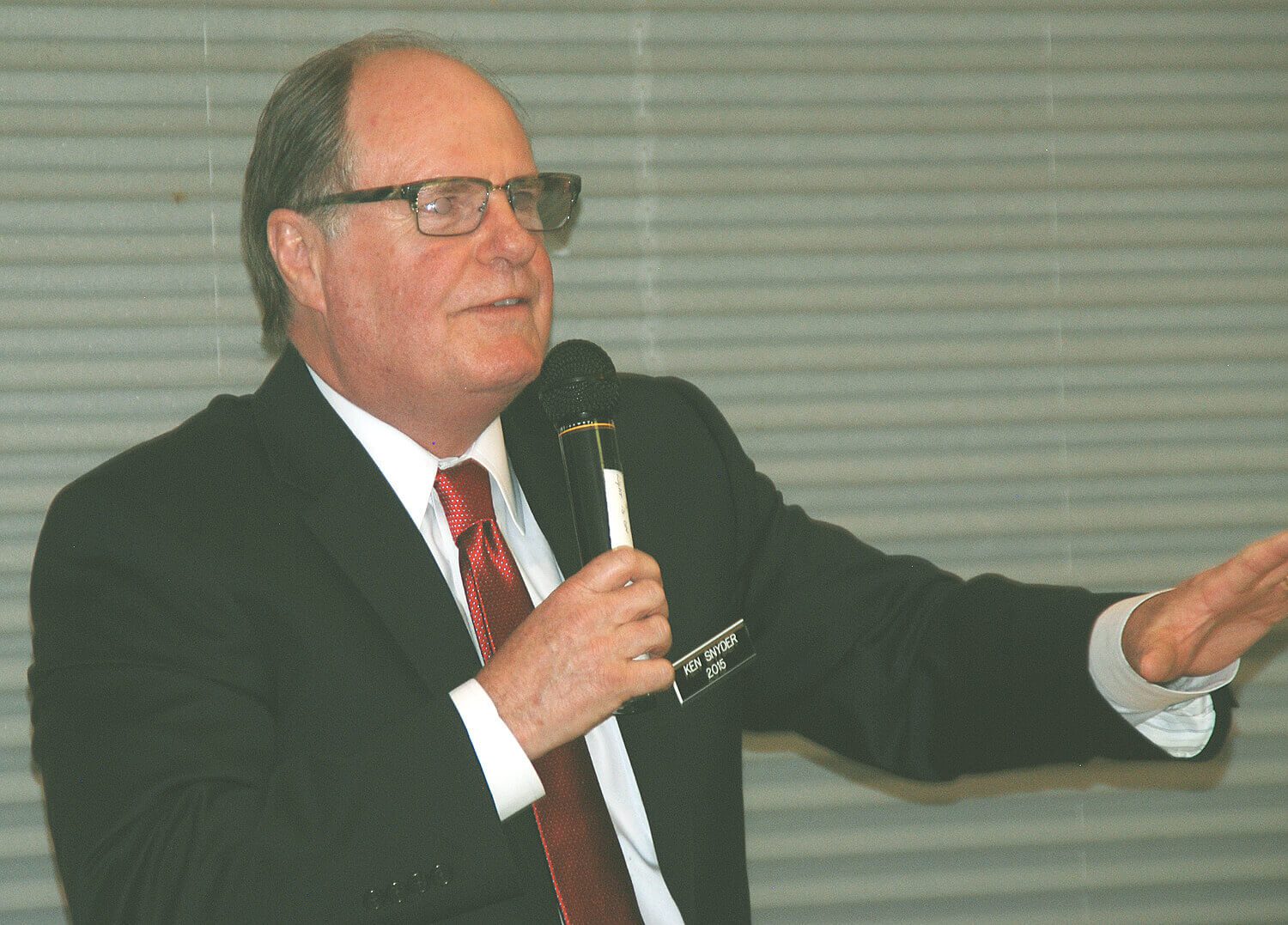 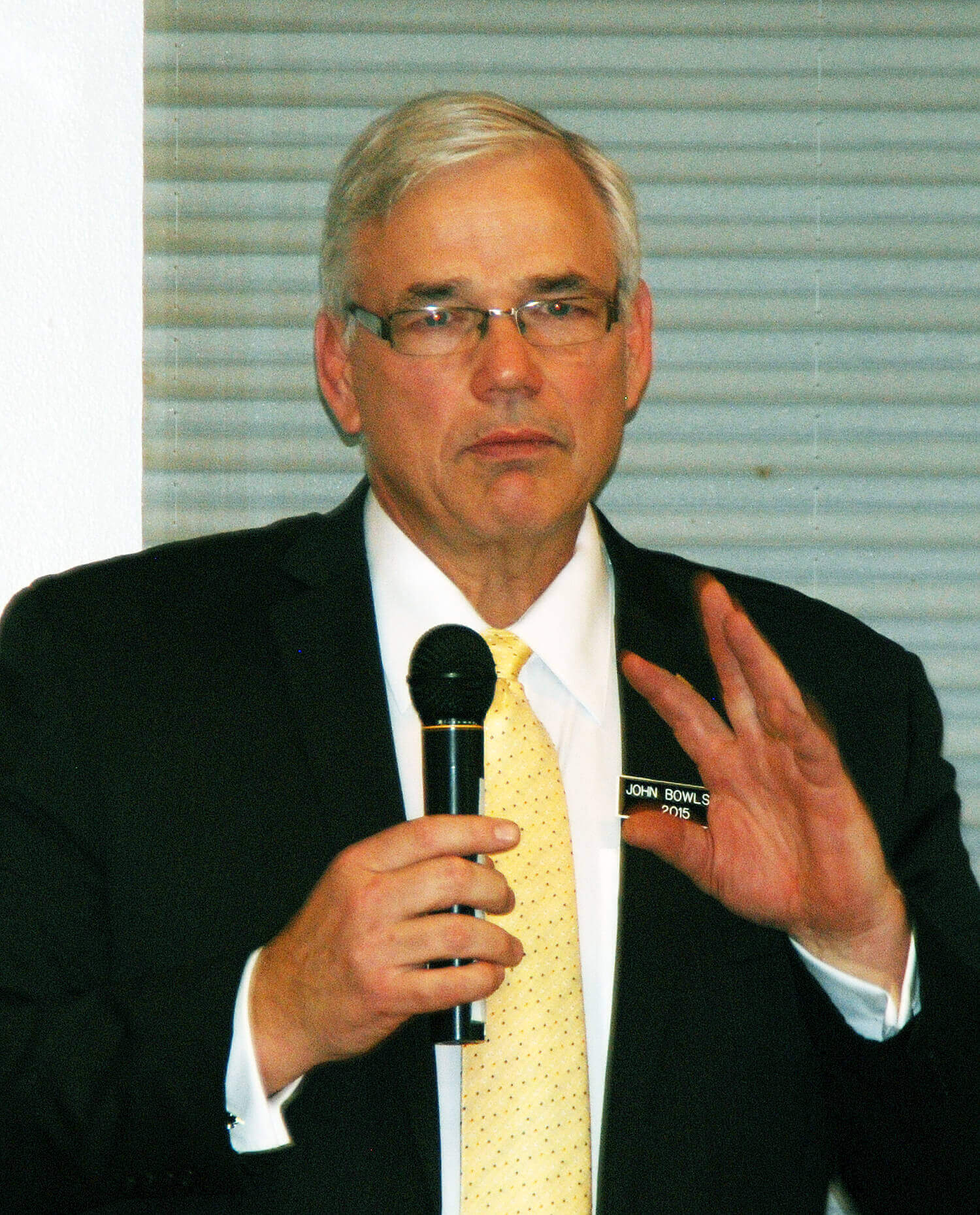 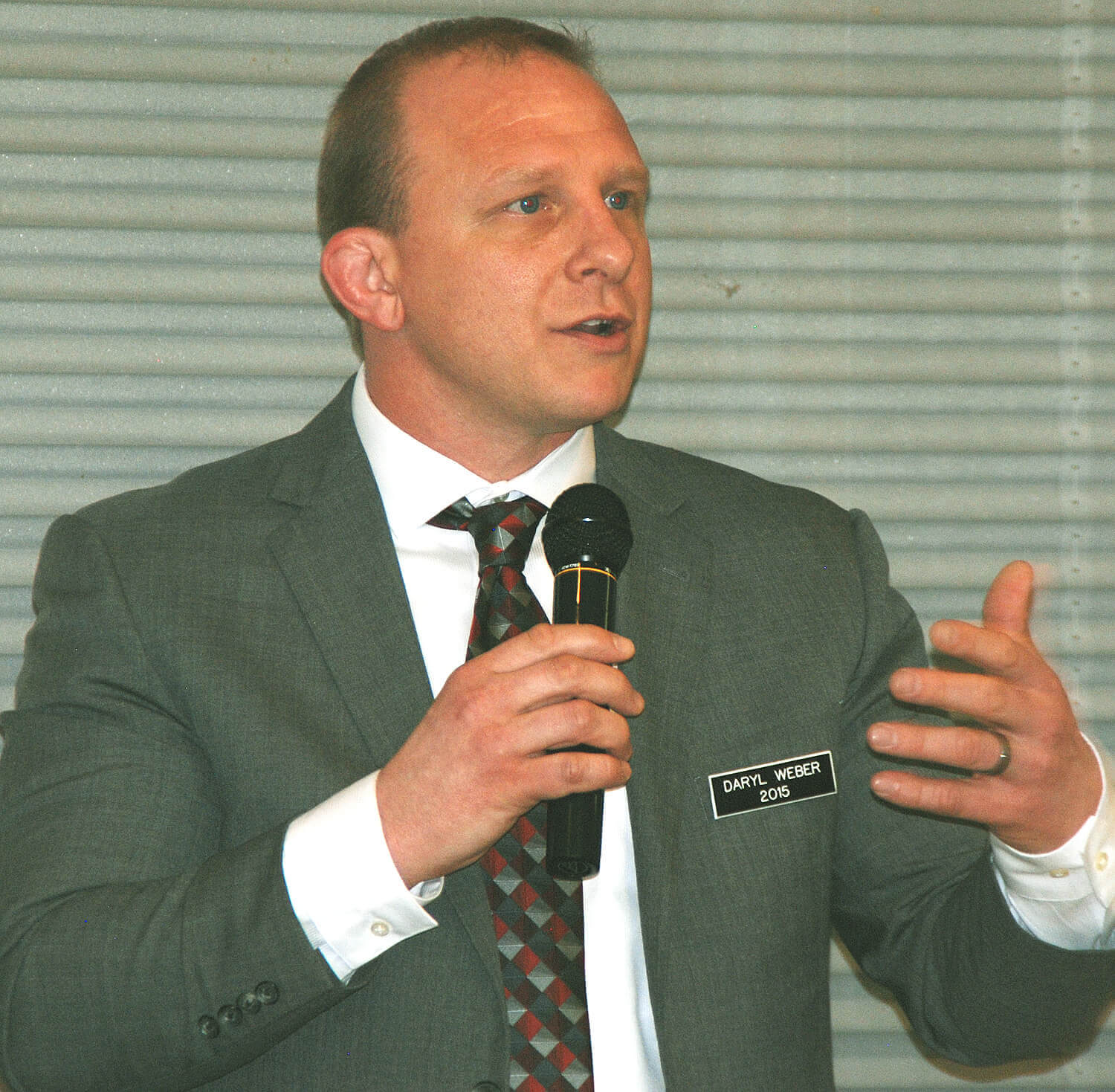 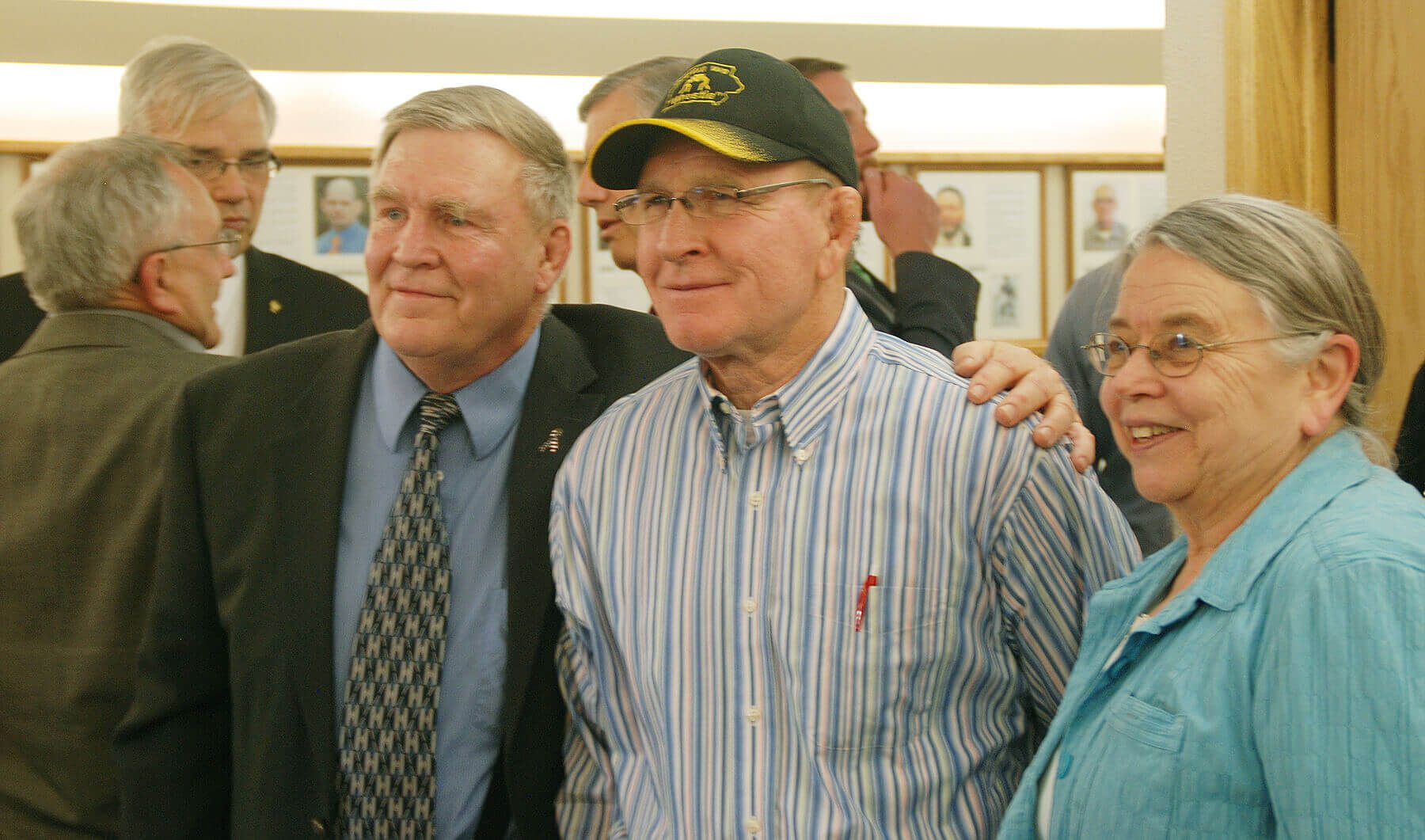 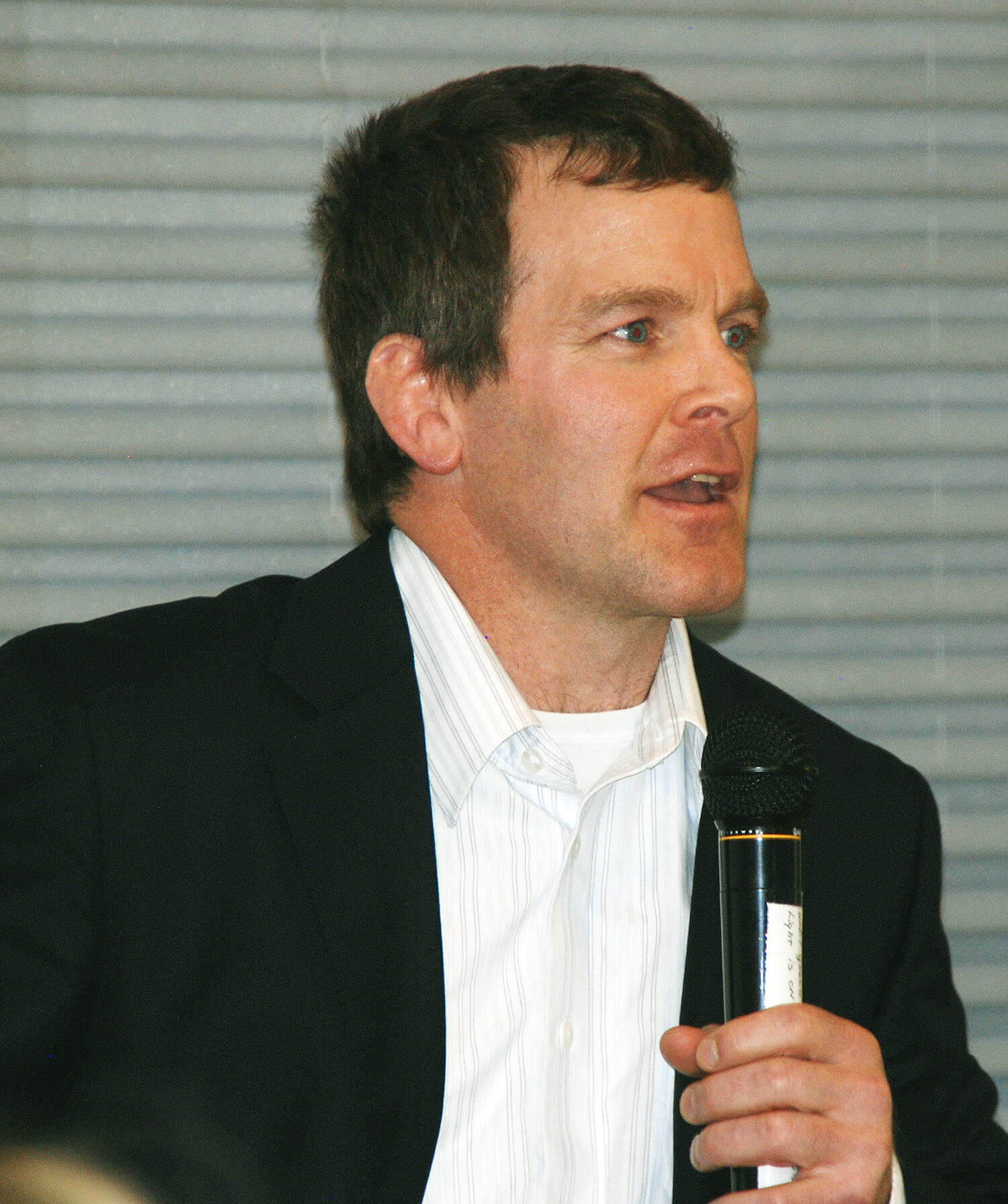 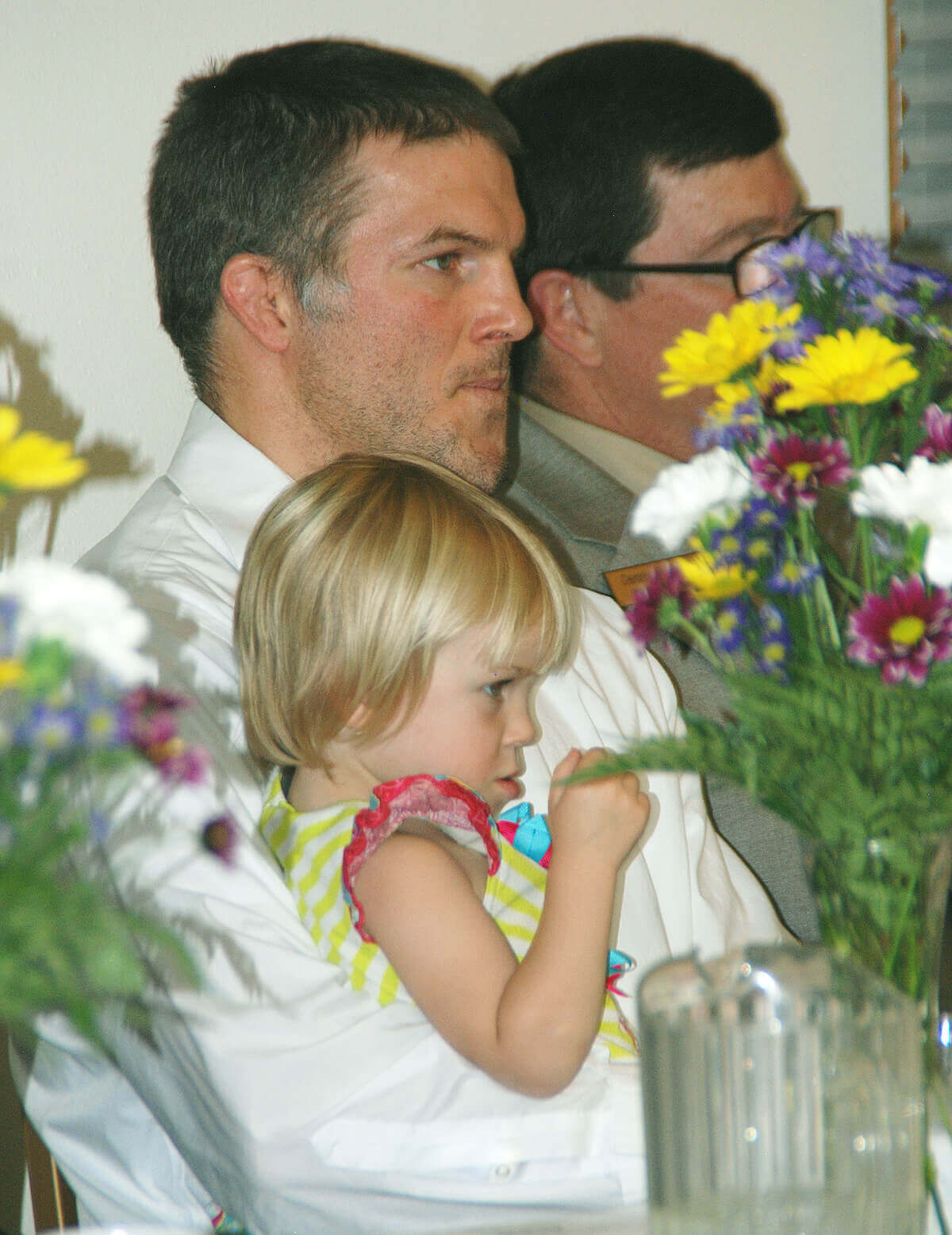 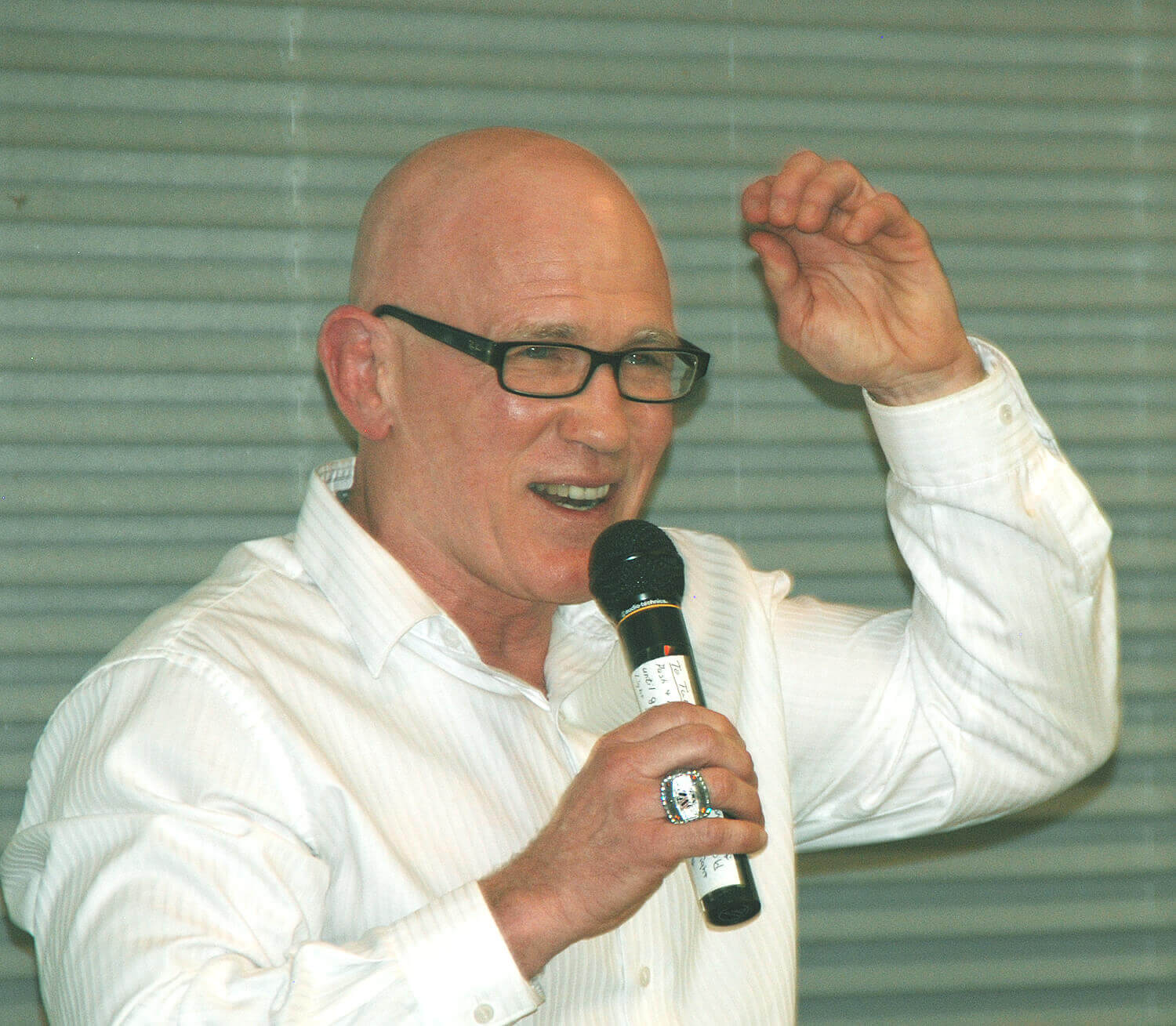