The new members included: Jason Kelber of Valentine, Neb.; Robert Kenny of Mason City; David Ripley of Charles City; and Tolly Thompson of Cedar Falls. The four new inductees give the hall of fame a total of 108 members.

Dennis Meirick, a member of the Iowa Wrestling Hall of Fame Board of Directors, served as the Master of Ceremonies during the banquet.

Meirick introduced Jason Passmore from the Cresco Area Chamber of Commerce, who welcomed everyone. Passmore also thanked all the people who helped with the expansion and remodeling of the hall of fame, which is located at the Cresco Welcome Center.

After the dinner, Meirick recognized some of the high school and college coaches in attendance including: Keith Slifka of Crestwood, Dave Mitchell of Luther College, Tom Brands of the University of Iowa, Chet Bachman of MFL and Al Frost of Nashua-Plainfield.

Following kudos for the selection committee, Klingman introduced Jason Kelber as the 105th member of the Iowa Wrestling Hall of Fame. Kelber, who was a three-time state champion at West Marshall High School in State Center, posted a 123-3 record in high school before he attended the University of Nebraska, where he was an NCAA champion and a three-time All-American.

Kelber began his remarks by thanking everyone on the selection committee for inducting him into the hall. He noted during his wrestling career, his desire to succeed was fueled by his opponents.

“Sometimes greatness is measured by enemies. They motivated me to train harder,” Kelber said.

He thanked his head coach in high school, who taught him how to be mentally focused during his matches. Kelber praised his parents for showing him how to do things right.

Kelber gave kudos to his older brother for helping him to dig deep during his wrestling career, and he thanked his family, including his wife’s parents, and also his college coaches.

“I love Iowa and I’m proud to be from Iowa,” Kelber noted. “It’s an honored place to be, and it means so much to me to be inducted into the hall of fame.”

Kenny congratulated the other inductees and expressed his gratitude for being selected to join the hall.

“It is really humbling to be inducted,” Kenny said. “With wrestling, I’ve learned it doesn’t matter how many state titles you win; it’s what you teach the students that matters.

“I think of the rough days I had when I was coaching Maquoketa Valley and we had 17 kids out for wrestling. My biggest goal was to get kids out for the team,” Kenny said.

He noted he was fortunate to become the head coach at Emmetsburg. Kenny thanked his family for all the support they have given him.

“I was fortunate to be a coach in Iowa. I want to let everyone know that no matter the impact you make, you hope you can leave a place better than when you entered it,” Kenny said.

Wartburg College Coach Jim Miller introduced the 107th member of the hall, David Ripley of Charles City. Miller, who was an assistant coach at Riceville when Ripley was the head coach, said he learned what coaching was all about when he was at Riceville. Ripley won two state titles at Riceville. During 33 seasons at Riceville, Ripley coached 95 state qualifiers, 51 state place winners and seven state champions.

“I learned how to coach (from Ripley),” Miller said. “(Coaching) is not about teaching moves; it’s about investing in kids’ lives.”

Ripley began his speech by noting Miller raised the bar for Riceville wrestling. He also thanked many people for their support.

“I want to thank the selection committee for including Riceville in the hall of fame,” Ripley said. “I thank my family for their support. I can’t imagine what it’s like to have a father as a coach.

“You need a support system more in wrestling than in any other sport. You also need your family to say, ‘You got yourself in it, you get yourself out of it.’ My family really shared my passion for wrestling.

“There are a lot of good people at Riceville High School, including a lot of teachers who got along well with me. In Riceville, if you were the wrestling coach, you were also a junior high track, football and baseball coach. I also had a lot of great assistants, including Jim Miller,” Ripley said.

Ripley noted it takes a lot of support from a lot of people in your life to be successful. He said he knew several people at Charles City who served as mentors to him when he was in school.

Before becoming the head coach at Riceville, Ripley coached in Lamotte and Tama/Toledo.

“Riceville has worked out well for me. The honor (of being inducted into the hall of fame) belongs to the Riceville wrestlers. When people get together to talk about wrestling in Iowa, I want you to remember the Wildcats,” Ripley said.

Kyle Klingman introduced the 108th inductee into the hall of fame, Tolly Thompson. During his college career at the University of Nebraska, Thompson won one NCAA title, was a three-time NCAA All-American and posted a record of 157-21 with 72 falls, which is a school record. He also wrestled internationally for eight years.

Thompson thanked the board of directors for voting him into the hall, and he gave kudos to the state of Iowa.

“When you are from Iowa, you develop a passion, which is almost an arrogance about being from Iowa,” Thompson said.

He said his love of wrestling started as a young child when he used to wear his wrestling gear around the house.

“I had some setbacks as I got older, but it was how I dealt with it that mattered most. That is where the sport of wrestling helps you,” Thompson noted.

He praised all his high school coaches as well as his sparring partners at Nebraska. He thanked his family, including his wife and kids for all their support.

“After college, I trained for 11 years, including some years overseas,” Thompson said. “You really need to have a support group at home to do that, and I had that. Not being a state champion in high school put a chip on my shoulder, but I had a good run and learned a lot.”

After Meirick congratulated the new inductees, Dan Gable spoke to the crowd. He encouraged them to join the fight to save Olympic Wrestling, which includes going to the website www.keepolympicwrestling.com.

“People all over the world are stepping up, but that doesn’t mean we’ll save wrestling as an Olympic sport. We still have time to change the International Olympic Committee’s mind,” Gable said.

Four new members were inducted into the Iowa Wrestling Hall of Fame Monday night during the hall's annual banquet. They include, from left: Jason Kelber, Tolly Thompson, Robert Kenny and David Ripley. 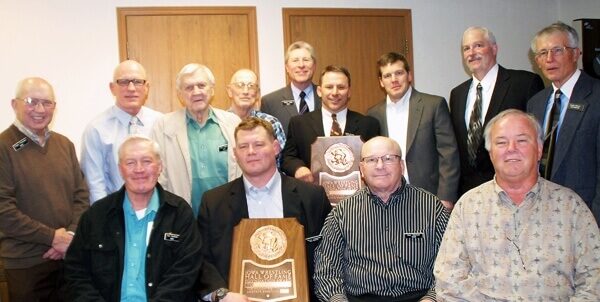 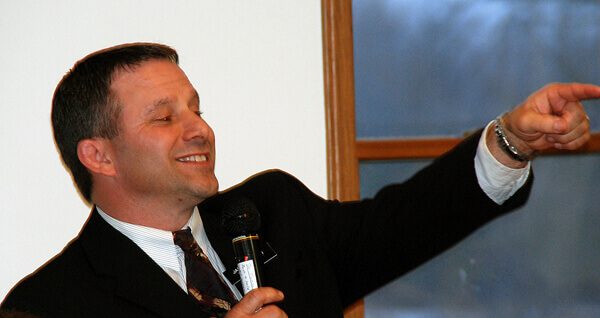 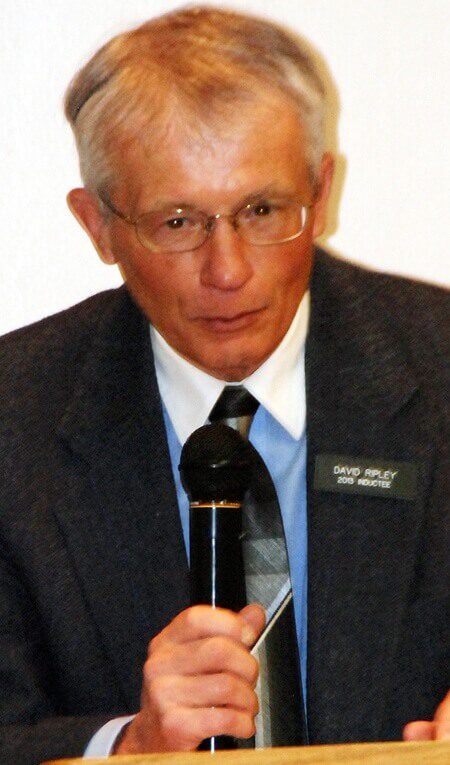 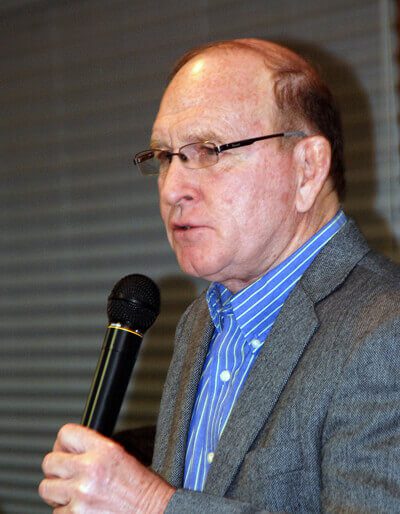 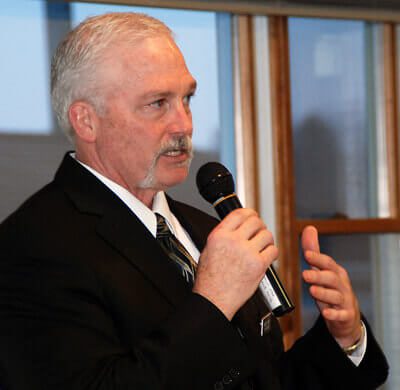 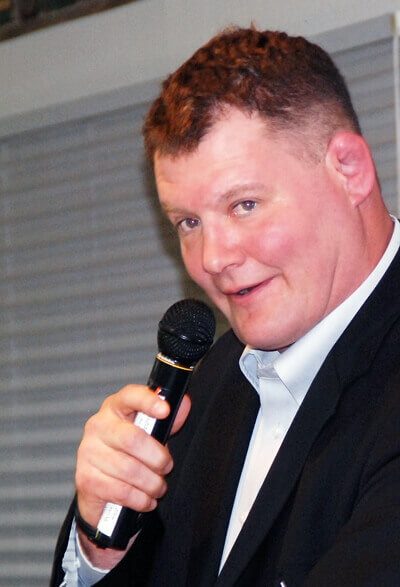