It would be difficult to call someone a “late bloomer” when he compiled a high school wrestling record of 105-12 but Mike Land saved his best wresting for a sterling college career.

Iowa State’s Mike Land did indeed distinguish himself during his college career as he went unbeaten his junior year while winning the 126 pound national title and then followed that up with a one-loss NCAA runner-up placing at 134 pounds. During his career Land was a four-time All-American,  three-time Big 8 champion and was named Athlete of the Year at ISU in 1979.

“I didn’t have a great high school career but a key to my success was the opportunity Iowa State gave me,” Land noted. “My freestyle background was a key to going to Iowa State…and then my freshman year in college I became a Christian, that helped tremendously.”

During that same time though, Land distinguished himself on the freestyle circuit as he won national junior titles in 1973 and 1974. “One of my most memorable matches came in the junior national freestyle finals,” Land recalls. “I won by fall in just over 20 seconds. The guy shot in on my and I pancaked him.” Land also recalls that he beat a defending city champion on his 15th birthday and that 4-3 win came over a senior.

In college Land wrestled as a freshman and was third in the Big 8 tournament (32-8 overall). Then in 1977 he won his Big 8 crown at 126 pounds with an overall record of 34-4. Land followed that up with an undefeated NCAA championship his junior year (48-0). He went unbeaten through his senior year until losing in the championship watch to Lehigh’s Darrel Burley at 134 pounds. His 150 wins is the second most in ISU history.

After his collegiate career Land continued to wrestle and was fifth in the world in 1981.

Land also noted that he has coached over 20 state champions and over 125 wrestlers who have qualified or placed in the state wrestling tournament. Perhaps even more impressive than the numbers is that he coaches these wrestlers inn a private wrestling program.

Land was inducted into the Hall of Fame in 2007 along with Jeff Kerber, Bruce Kinseth and Sherwyn Thorson. 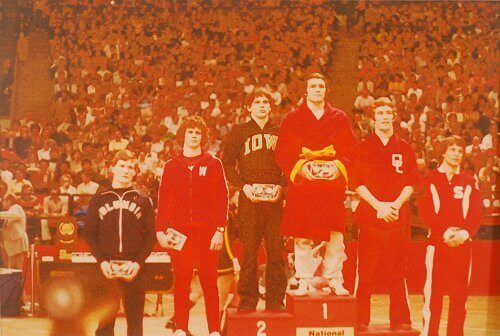 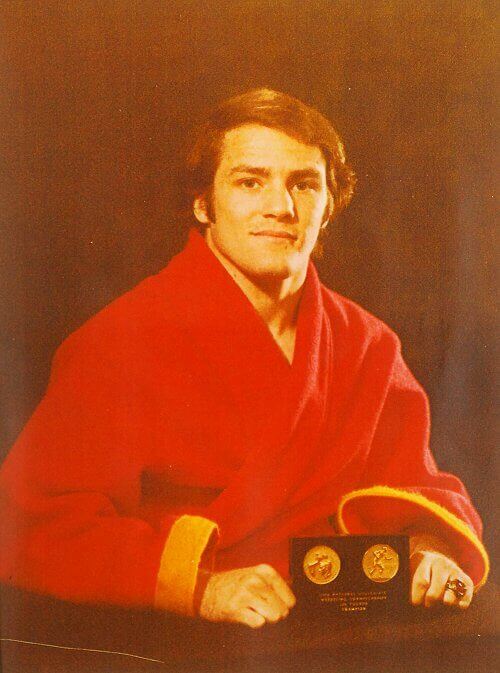